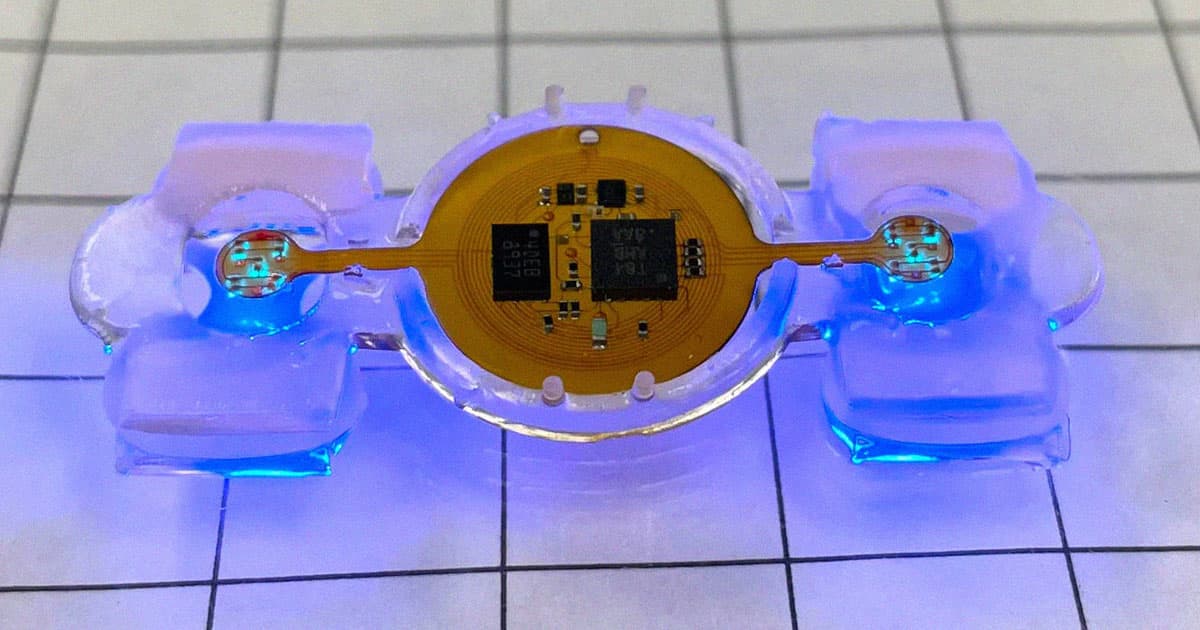 Did they just build Mousenstein's Monster?!

Did they just build Mousenstein's Monster?!

As detailed in a new paper published in the journal Science Robotics, the biohybrid was even able to move fast enough to set a new speed record, covering just under a millimeter a second. That may not sound like much — but it's quite a lot compared to other biohybrid robot systems of this kind.

In other words, you know those Necrons from Warhammer 40K? Yeah, pretty much a baby version of that.

Each pea-sized robot was constructed out of lab-grown mouse muscle cells, a 3D-printed skeleton made out of a soft material, and wireless LED control chips.

Since the mouse muscle cells react to external stimuli including light or heat, beaming light at these LED controllers allowed the robot to start waddling forward.

In other words, the robot could be remotely controlled without the need for a power source or battery.

"You can basically beam energy into the chip," Mattia Gazzola, co-author and mechanical engineer at the University of Illinois, told Inverse, "so that means that you don’t need power onboard."

The team managed to maneuver the tiny biohybrids through a maze and even knock over a series of obstacles.

Gazzola and his colleagues see the research as only the beginning. They are now working towards more complex biohybrid robots with neural cells that can make decisions on their own.

From Our Partners
Enjoy Pre-Black Friday Savings On This Sterilizing Robot That Kills Viruses and Germs
11. 22. 21
Read More
From Our Partners
Command A Mini Robot Arm With This Pre-Black Friday Deal
11. 9. 21
Read More
From Our Partners
Build A Cyberpunk Arsenal With These Robot Kits
10. 30. 21
Read More
+Social+Newsletter
TopicsAbout UsContact Us
Copyright ©, Camden Media Inc All Rights Reserved. See our User Agreement, Privacy Policy and Data Use Policy. The material on this site may not be reproduced, distributed, transmitted, cached or otherwise used, except with prior written permission of Futurism. Articles may contain affiliate links which enable us to share in the revenue of any purchases made.
Fonts by Typekit and Monotype.