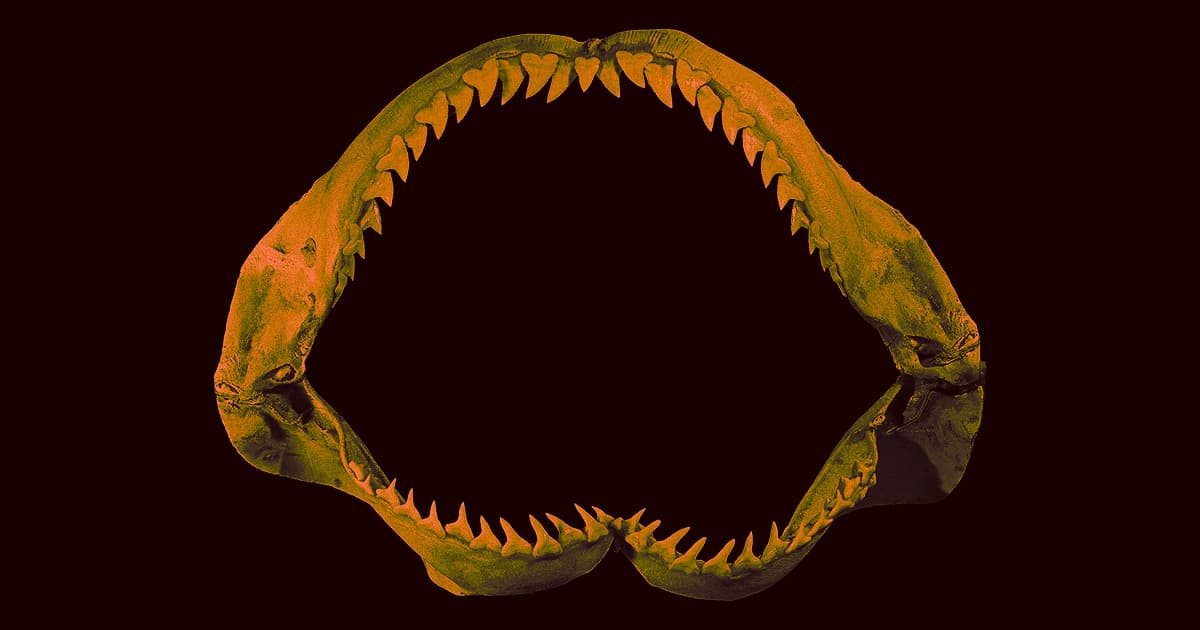 Scientists Stumble Upon Huge Graveyard of Sharks, Deep Under Ocean

Not a bad haul!

Not a bad haul!

In a small patch of ocean floor over three miles beneath the surface, seaborne scientists voyaging to the Cocos (Keeling) Islands in the Indian Ocean have uncovered a dense "graveyard" of sharks.

The discovery was made while aboard the Investigator, a research vessel operated by the Commonwealth Scientific and Industrial Research Organization (CSIRO), Australia's national science agency.

In total, more than 750 shark teeth were found riddling the ocean floor. Since sharks' bodies are mostly made of cartilage, their teeth are usually their only remains that are preserved long term. So this trove of chompers is about as good as it gets.

In addition to the graveyard's vast quantities of teeth, the variety of sharks the teeth represent has impressed scientists, too.

"The teeth look to come from modern sharks, such as mako and white sharks, but also from ancient sharks including the immediate ancestor of the giant megalodon shark," said Glenn Moore, Curator of Fishes at the Western Australian Museum, in a statement.

"This shark evolved into the megalodon, which was the largest of all sharks but died out about 3.5 million years ago," he added.

The megalodon is an extinct species of gargantuan shark with an almost mythic reputation. And for all the speculation over its colossal proportions and monstrous ferocity as an apex predator, there's indeed a lot more to be learned about them.

But believe it or not, the graveyard and the teeth of a megalodon ancestor might not even be the most impressive finds during the Investigator's recent voyage. How does recovering a new species of shark sound?

"Early in the voyage, we collected a striking small, stripey hornshark," said shark specialist Will White from CSIRO's Australian National Fish Collection, in the statement.

"This species is unique to Australia, but it hasn't yet been described and named. The specimen we collected will be incredibly important to science because we'll use it to describe the species," White added.

If White and his team keep at it, they might even get the chance to name the species themselves.

At any rate, the findings demonstrate the importance of voyages such as these in exploring and documenting the rich marine biodiversity of our oceans.

Baby Shark
Scientists Intrigued by Sharks That Can Walk on Land for Two Hours
8. 22. 22
Read More
A Fleet of Underwater Robots Will Create Detailed Map of Marine Microbes
3. 13. 18
Read More
Jellyfish Chips Are the Future of Junk Food
2. 20. 18
Read More
+Social+Newsletter
TopicsAbout UsContact Us
Copyright ©, Camden Media Inc All Rights Reserved. See our User Agreement, Privacy Policy and Data Use Policy. The material on this site may not be reproduced, distributed, transmitted, cached or otherwise used, except with prior written permission of Futurism. Articles may contain affiliate links which enable us to share in the revenue of any purchases made.
Fonts by Typekit and Monotype.