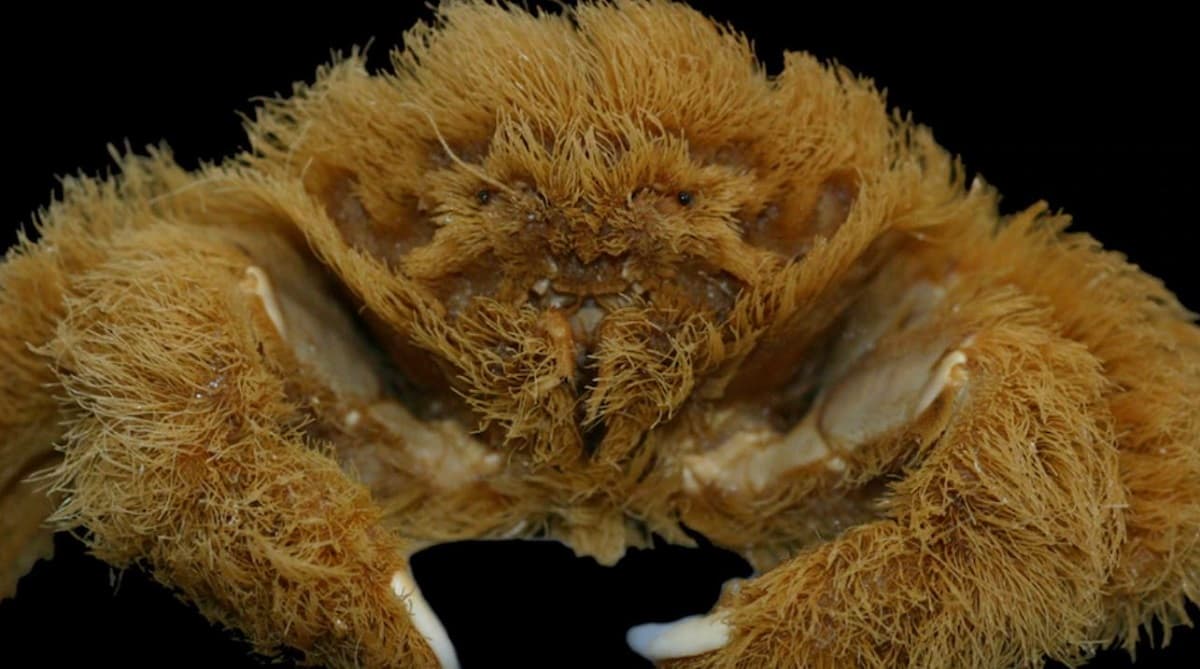 Behold lamarckdromia beagle, a recently discovered sponge crab with a fluffy coat that bridges the gap between "adorable" and "horrifying."

Sponge crabs — named for their creative habit of turning sea sponges into protective outerwear — have been known to the scientific community for some time now. But while most of these Australian crustaceans keep their designs pretty minimal, this newest addition to the fashionable family's extravagant designs has even the experts at a loss.

"All members of this group of crabs are hairy to some extent but this one is ridiculous," Dr. Andrew Hosie, curator of worms and crustacea at the Western Australia Museum, told Aussie outlet ABC Great Southern. "Very shaggy, surprisingly soft."

Sponge crabs don't just fashion coats and chapeaus for the fun of it. In reality, these talented little sea tailors wear them as a form of camouflage.

"The crabs trim the sponge to shape, let it grow to the shape of their body and use them as a hat or protective blanket keep them protected from predators such as octopus and fish," Hosie told ABC.

Still, he and others are stumped as to why this shaggy critter's coat goes so hard, in contrast to other species of sponge crab.

"We can't really give a definitive answers as to why this species is so fluffy," he added. "We suspect it's to help further camouflage its legs from predators."

But in our heart of hearts, we'd like to think that, perhaps, there is no why. Maybe, just maybe, this creative crustacean simply marches to the beat of its own drum. A trendsetter, and never a trend-follower, if you will. And to that we say: go off!