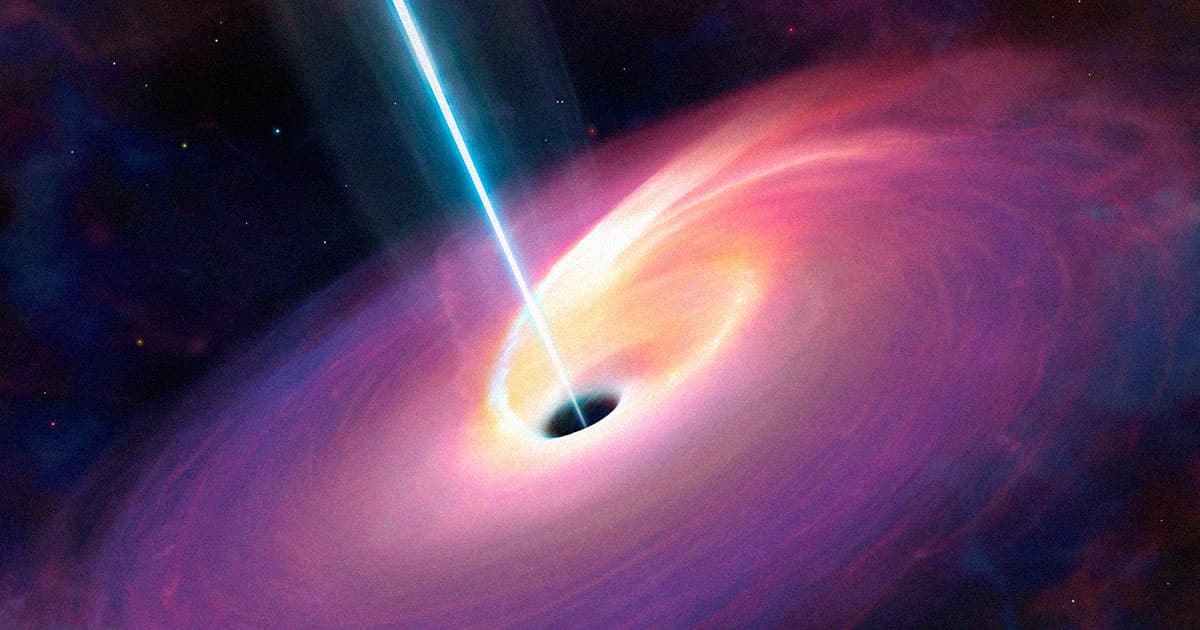 It's very large, and it's also very sleepy.

It's very large, and it's also very sleepy.

Earthlings, meet your new — well, newly discovered — celestial neighbor: an absolutely massive black hole. According to The New York Times, it's ten times bigger than our Sun, and sitting roughly 1,600 light years away from our Pale Blue Dot in the constellation Ophiuchus, it's the closest to our home planet ever discovered.

Considering that the next-nearest black hole ever found is about 3,000 light years away from us, the discovery, as detailed in a paper published last week in the Monthly Notices of the Royal Astronomical Society, is pretty remarkable.

But before you get at all NIMBY about the guy, don't worry. It's currently slumbering, lying dormant in a binary star system called GAIA BH1. And according to its discoverers — a team led by Kareem El-Badry, an astrophysicist at the Harvard-Smithsonian Center for Astrophysics — its existence might suggest that of many others, sleeping in similar star systems.

"This is the nearest known black hole by a factor of three," reads the paper, "and its discovery suggests the existence of a sizable population of dormant black holes in binaries."

Per the paper, El-Badry and his team first caught wind of the sleepy space demon in question by way of the European Space Agency's GAIA spacecraft, which precisely tracks the movement of Milky Way stars. Using GAIA data, the researchers were able to tell that one of GAIA BH1's stars was, um, jiggling, a sign that a powerful — though invisible — force, like a dormant black hole, might be afoot nearby.

The team then utilized Gemini North telescope atop Mauna Kea in Hawaii in order to examine the speed and rhythm of the cosmic jiggling. As the NYT reports, this is the same technique used by astronomers when analyzing the size of star-orbiting exoplanets, which causes a similar star wobble.

Ultimately, the scientists' calculations support the notion that this binary system is in fact home to a hidden, slumbering star-guzzler, which orbits a sun quite similar in size to our own. And while this discovery might pose more questions than it answers in the short term, the researchers are hoping that this revelation leads to a number of similar findings.

"It poses many questions about how this binary system was formed," El-Badry said in a statement, "as well as how many of these dormant black holes there are out there."

READ MORE: Astronomers Find a Black Hole in Our Cosmic Back Yard [The New York Times]

Black Hole's Sun
Scientists Just Released the First-Ever Image of a Black Hole
4. 10. 19
Read More
On The Event Horizon
Here's Why Everyone's so Excited About the Black Hole Image
4. 9. 19
Read More
Black Hole Sun
Here's the Best-Ever Image of the Black Hole Devouring Our Galaxy
1. 21. 19
Read More
+Social+Newsletter
TopicsAbout UsContact Us
Copyright ©, Camden Media Inc All Rights Reserved. See our User Agreement, Privacy Policy and Data Use Policy. The material on this site may not be reproduced, distributed, transmitted, cached or otherwise used, except with prior written permission of Futurism. Articles may contain affiliate links which enable us to share in the revenue of any purchases made.
Fonts by Typekit and Monotype.