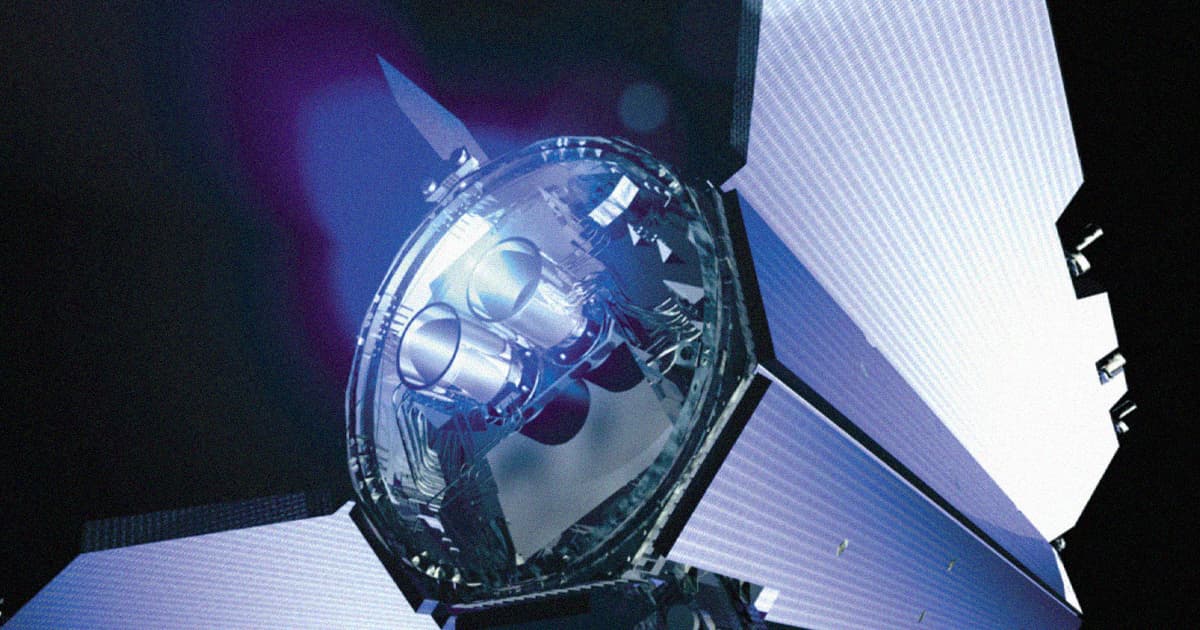 Scientists: "Direct Fusion Drive" Could Get Us to the Edge of the Solar System in 10 Years

An international team of researchers have come up with a fusion-based spacecraft thruster that uses a hydrogen isotope called deuterium as a fuel source, as Popular Mechanics reports.

Their "direct fusion drive," (DFD) — as detailed in a yet-to-be-peer-reviewed preprint — is theoretically able to speed up a spacecraft to a blistering 44 kilometers per second, covering the distance from here to Neptune and beyond in less than a decade.

While electric propulsion systems powered by the rays of the Sun have allowed us to explore the inner reaches of our solar system, venturing beyond Jupiter would require gigantic solar arrays, the team argues in its paper.

"For this reason, the only huge breakthrough in space propulsion would be a nuclear power based system," they write.

The researchers' answer is the DFD, a collaboration with the Princeton Plasma Physics Laboratory and Princeton Satellite Systems, capable of generating thrust and power for any spacecraft.

Here's how it works: the thruster first ionizes the deuterium, injects it into a highly magnetized tank, and then sends it around the engine's core. Nuclear fusion reactions inside the core then heat up the propellant, causing it to expand into a nozzle, producing thrust.

The researchers calculate that the DFD's "thrust would be comparable to that of the most promising electromagnetic high power thrusters," but with higher efficiency, allowing larger payloads to be sent to the outer edges of the solar system.

So far, the DFD is not much more than a conceptual design, but it's yet another example of the power of fusion energy. While some are exploring it as a way to generate practically infinite amounts of energy back on Earth, the same underlying principles could one day allow us to explore the outer regions of our star system.

READ MORE: The Direct Fusion Drive That Could Get Us Past Neptune in 10 Years [Popular Mechanics]

Hall Effect
Test Suggests Ion Thrusters Could Power Crewed Interplanetary Missions
Jan 29
Read More
Shoo
Scientists Warn Giant Asteroid Is Actually Swarm, Nearly Impossible to Destroy
Jan 24
Read More
What Does It All Mean?
The Second Alien Probe We Detect May Be Particularly Bizarre, Scientist Says
Jan 14
Read More
+Social+Newsletter
TopicsAbout UsContact Us
Copyright ©, Camden Media Inc All Rights Reserved. See our User Agreement, Privacy Policy and Data Use Policy. The material on this site may not be reproduced, distributed, transmitted, cached or otherwise used, except with prior written permission of Futurism. Articles may contain affiliate links which enable us to share in the revenue of any purchases made.
Fonts by Typekit and Monotype.