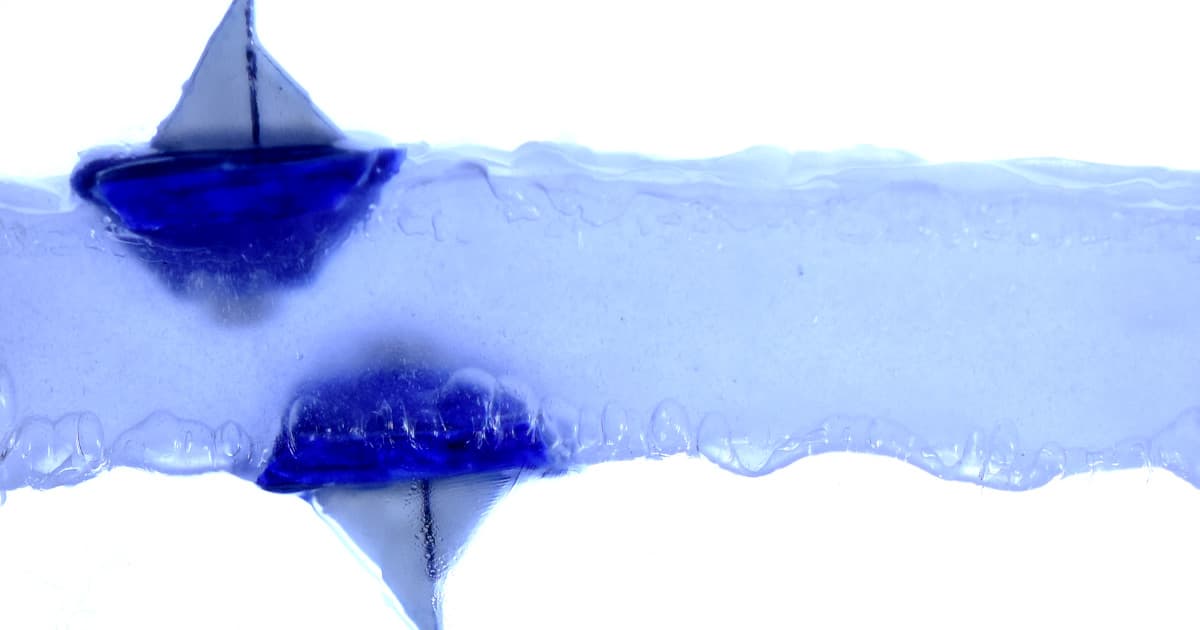 "People say it’s like the scene in 'Pirates of the Caribbean' when the boat floats upside down."

"People say it’s like the scene in 'Pirates of the Caribbean' when the boat floats upside down."

In a new experiment, a team of French scientists created a levitating fluid that allows a tiny boat to float both on top of it — and another below it, seemingly flipping gravity on its head.

"That was a fun experiment," Emmanuel Fort, professor at ESPCI Paris and co-author of a paper about the project published today in the journal Nature, told The New York Times . "Everything worked well. And I’m still amazed by the results."

To create the effect, the team used vibrations, cycling 100 times a second, causing a mixture of glycerol and silicon oil, both thicker than water, to be suspended over a cushion of air. The team managed to "levitate" almost half a quart of liquid this way.

The experiment however created a far more unusual effect. Since the pocket of air underneath is denser, an object ends up being pushed into the levitating liquid from below — an effect the Times called "seemingly impossible."

It's a delicate balance. "If you move the boat down in the air it will fall, and if you move it up, it will go up to the interface," Emmanuel Fort, co-author, told The Guardian. "The whole trick is not only to make the situation possible in the first place, but to stabilize the equilibrium."

The team claims their extraordinary invention could have plenty of use cases, from keeping gases suspended in fluids for industrial purposes, such as in mineral processing and waste-water treatment.

But as of right now, it's not much more than a fun experiment. "People say it’s like the scene in 'Pirates of the Caribbean' when the boat floats upside down," Fort told The Guardian. "It’s counterintuitive. It gets people talking about science fiction and fantasy and that is very nice."

READ MORE: Up Is Down in This Fun Physics Experiment [The New York Times]