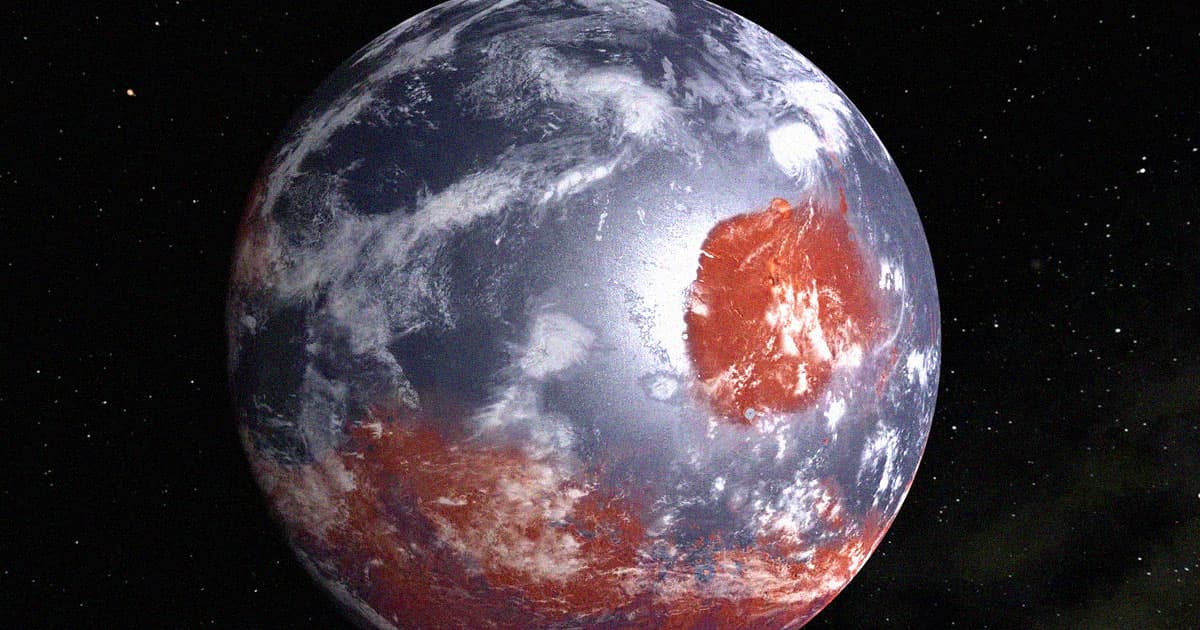 Former NASA Scientist Explains How We Could Terraform Mars

An increasing number of experts are suggesting the dream of terraforming Mars, a bid at making it at least a little bit more habitable for humans instead of the frozen, inhospitable rock that it remains today.

Earlier this week, outgoing director of NASA’s planetary science division Jim Green told The New York Times that it maybe possible to warm and thicken the Martian atmosphere by planting a massive magnetic shield between it and the Sun.

The idea would be to stop solar wind from blasting the Red Planet with radiation, which allows particles to escape its already thin atmosphere.

"It’s doable," Green told the newspaper. "Stop the stripping, and the pressure is going to increase. Mars is going to start terraforming itself."

"When the pressure goes up, the temperature goes up," he went on to explain.

Green isn't the only one fascinated by the concept. Astrophysicist and former NASA scientist Hakeem Oluseyi went on CNN for an interview this week to flesh out Green's vision.

"There is a very specific location where this spacecraft has to be between Mars and the Sun," he said. "So you have to do the calculation based on that location to determine how much deflection you are actually going to get."

"But it's like an umbrella for a planet," Oluseyi told CNN.

The astrophysicist also explained that scientists choose what space exploration efforts to fund decades ahead as part of surveys — and Green is preparing to submit his idea in the form of a paper to one of these surveys.

It will be difficult to convince the scientific community of the idea, though.

"It doesn't really fit well anywhere," Oluseyi argued. "It's a really new idea that hasn't been done before and one of the things we do judge on is technical feasibility."

"Even when you do prove yourself, [the scientific community] will still don't admit you're right," he added with a chuckle, "so it's a tough sell."

READ MORE: Astrophysicist explains how Mars could be terraformed [CNN]

More on terraforming Mars: NASA’s Chief Scientist Quits, Says He Has a Plan to Terraform Mars