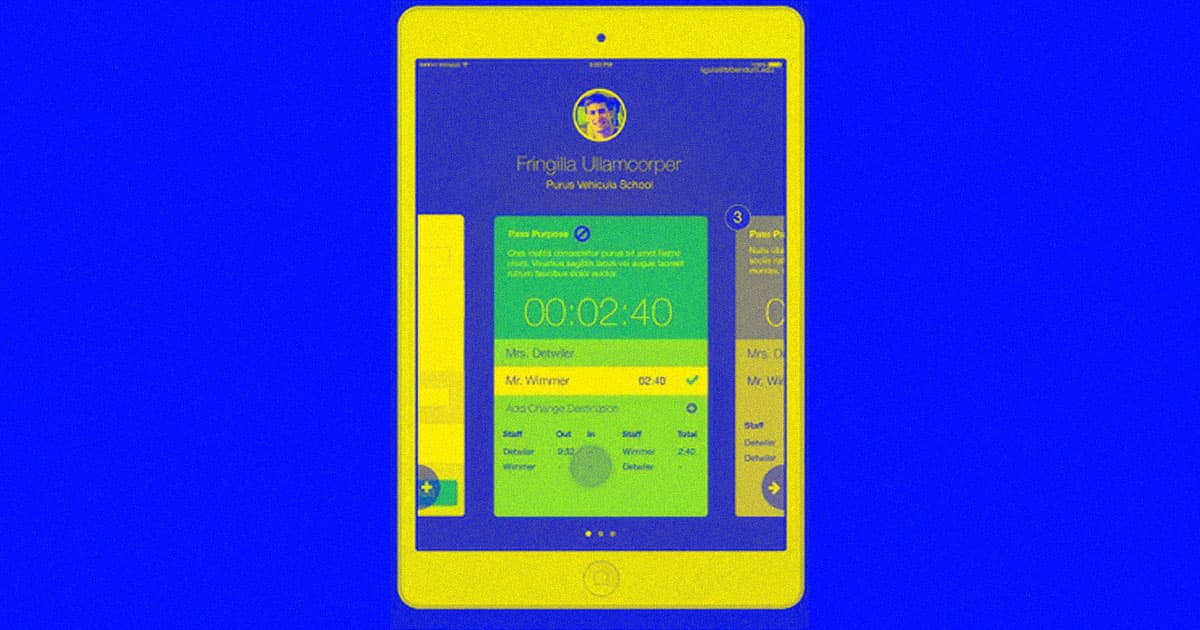 Schools Are Using an App to Track Students While They Pee

“I will not allow this app to be utilized in my kids’ schools, period."

“I will not allow this app to be utilized in my kids’ schools, period."

Hall passes — the slips of paper teachers give to students to signify they have permission to leave the classroom — are a staple of the K–12 school experience.

But hundreds of schools across the United States have traded in the physical hall pass for an app called e-Hallpass — and that swap, according to The Washington Post, has some parents furious.

At a school using e-Hallpass, a student submits a request to leave the classroom through the app. The system notes any "red flags," such as frequent requests by the same student. The teacher then chooses whether or not to approve the request.

If the student is granted permission, they can leave and the teacher logs in the app when they return. If the student takes too long, the app automatically pings an administrator to check on them.

The company behind e-Hallpass, Eduspire Solutions, claims it's an upgrade to the tradition hall pass as it leads to fewer classroom disruptions, stems hall pass abuse, and can even prevent violence by stopping feuding students from being in the hall together.

But that hasn't stopped parents at schools using the app and those considering it from voicing their opposition to it.

"I will not allow this app to be utilized in my kids’ schools, period," privacy attorney Brad Shear told WaPo. "If the app ends up getting rolled out I will make sure that I get the PTA involved. This is bathroom big brother."

READ MORE: School apps track students from the classroom to bathroom, and parents are struggling to keep up [The Washington Post]

More on school tech: Surprise Move: China to Curb Use of Facial Recognition in Schools

Bad Science
Cosmologist Lists the Stupidest Things People Believe About Space
2. 25. 22
Read More
Plot Thickens
Report: Saudi Crown Prince Hacked WaPo Owner Jeff Bezos’ Phone
1. 22. 20
Read More
Class Warfare
Fearful Parents Are Buying Bulletproof Backpacks for Their Kids
7. 30. 19
Read More
+Social+Newsletter
TopicsAbout UsContact Us
Copyright ©, Camden Media Inc All Rights Reserved. See our User Agreement, Privacy Policy and Data Use Policy. The material on this site may not be reproduced, distributed, transmitted, cached or otherwise used, except with prior written permission of Futurism. Articles may contain affiliate links which enable us to share in the revenue of any purchases made.
Fonts by Typekit and Monotype.