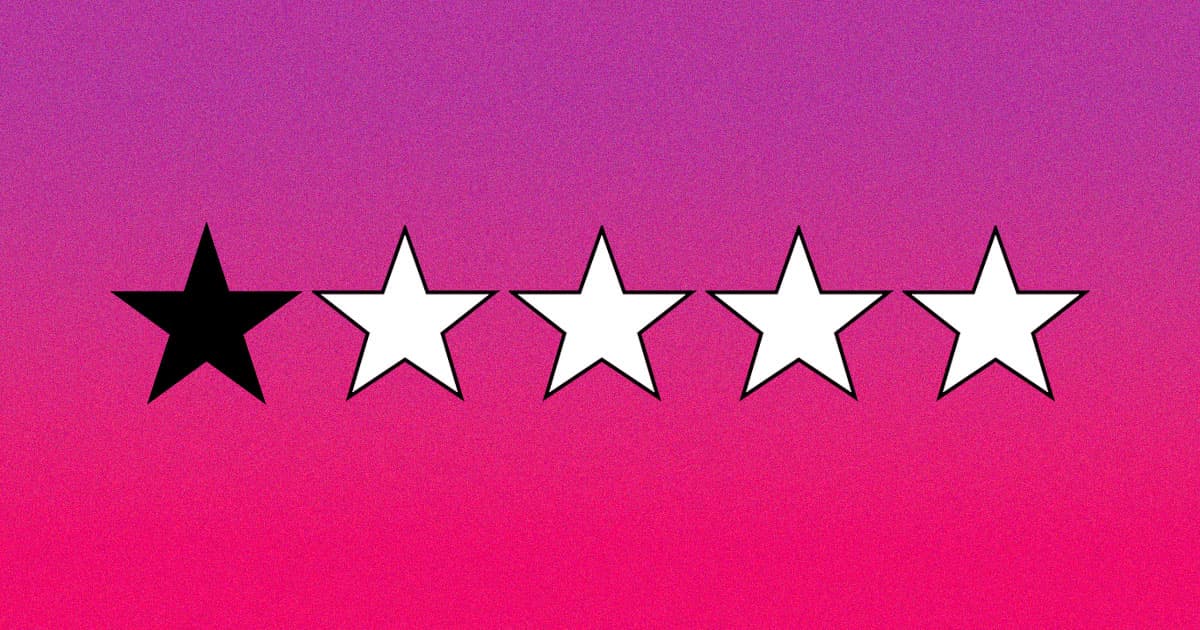 Scammers Leaving 1-Star Reviews, Charging to Get Them Taken Down

"You're just kind of defenseless."

"You're just kind of defenseless."

If you're a Google review loyalist, you may want to think twice about judging a book by a 1-star cover anytime soon. The New York Times reports that grifters are holding a number of restaurants hostage with terrible ratings, asking for digital gift cards in exchange for deleting the posts.

According to the NYT, each affected eatery — many of which have coveted Michelin stars — received the same email threat following the single star aggression.

"We sincerely apologize for our actions, and would not want to harm your business," it reads, alleging that the sender lives in India and the $75 Google Play gift card requested each time could be worth weeks of income. "But we have no other choice."

Alan B. Watkins, cybersecurity consultant and author of "Creating a Small Business Cybersecurity Program," explained to the publication that this type of cybercrime is almost impossible to prevent, especially because gift card payments are incredibly difficult to trace.

Instead, owners have to rely on recourse by way of alerting authorities, communicating the situation to customers, and, perhaps most frustratingly, going through Google.

While the NYT reports that some restaurants have found recourse via Google assistance and social media outcry, many others have thus far remained in customer service purgatory.

"I'm losing my mind," said the manager at Chicago's EL Ideas, who claimed that Google had told the restaurant that according to its moderation guidelines, the review could not be taken down. "I don’t know how to get us out of this."

This is a pretty terrible situation. If see a dismal star rating, maybe take a scroll through the comments and see if the 1-star reviews have text or images — according to the NYT, the ones left by the scammers have all been without context.

And to the restauranteurs: this sucks. We salute you as you head to Google moderation battle.

"Don't Be Evil"
Google Refuses to Pull Website Responsible for Scores of Suicides
12. 10. 21
Read More
Oh, Billy
Google Debuts Dystopic 3D Prison-Style Video Chat: Project Starline
5. 19. 21
Read More
Brands We Love
This Self-Watering Indoor Garden Makes It Easier Than Ever to Grow Fruits and Veggies
1. 19. 21
Read More
+Social+Newsletter
TopicsAbout UsContact Us
Copyright ©, Camden Media Inc All Rights Reserved. See our User Agreement, Privacy Policy and Data Use Policy. The material on this site may not be reproduced, distributed, transmitted, cached or otherwise used, except with prior written permission of Futurism. Fonts by Typekit and Monotype.