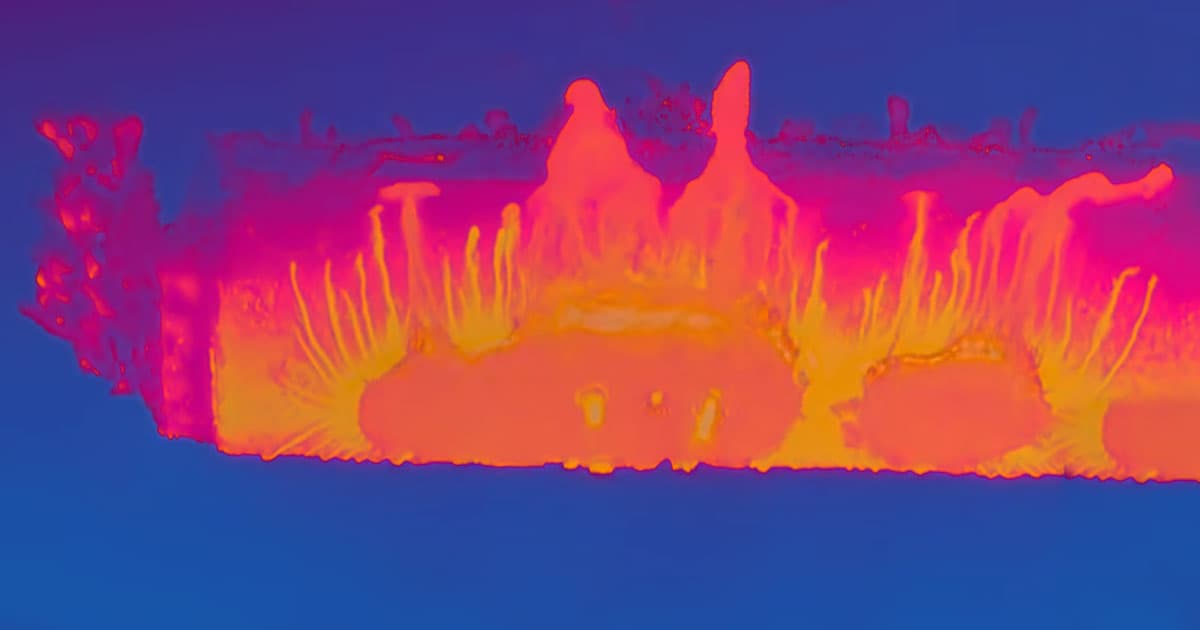 Watch a Satellite Piece Melt Into a Puddle of Metal

The European Space Agency (ESA) just placed a piece of a satellite in an extremely hot plasma wind tunnel to melt it into a ball of liquid metal.

The agency designed the test to demonstrate how parts of satellites burn up upon reentering Earth's atmosphere but plenty of material still makes it down to Earth — and it could lead to new satellite designs that ensure total burn up during reentry.

The test was part of ESA's Clean Space initiative, which aims to find ways to mitigate the growing problem of space junk, the defunct satellites and other human-built pieces of tech that are cluttering up the space around our planet.

The small four-by-ten centimeter section of satellite was put through hell on Earth inside the German Aerospace Center's plasma wind tunnel, according to an ESA statement.

The team heated the piece to several thousand degrees Celsius, and it "reached a complete demise at high heat flux level." But there were some "discrepancies with the prediction models," according to ESA Clean Space engineer Tiago Soares.

The news comes less than a month after Elon Musk-led SpaceX unleashed the first 60 of more than 10,000 planned Starlink micro-satellites into low-Earth orbit.

The astronomy community criticized the move, noting that SpaceX's satellites could end up cluttering the night sky, to which Musk responded that the agency designed the satellites to be "completely demisable" when burning up during reentry.

READ MORE: Watch a chunk of satellite melt like a marshmallow on fire [CNET]