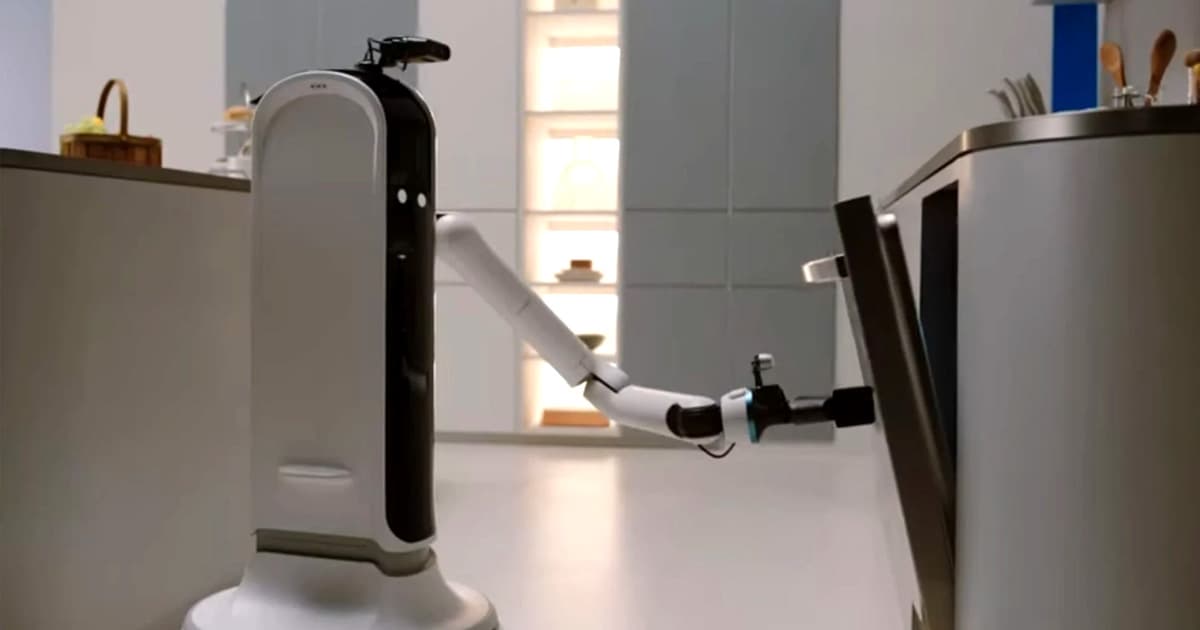 Watch a Samsung Robot Load Dirty Dishes Into the Dishwasher

This is pretty impressive, from an engineering point of view.

This is pretty impressive, from an engineering point of view.

The company showed a new video in which the robot, which has the eyebrow-raising name "Bot Handy," taking on one of the most odious tasks in a kitchen: loading dirty dishes into the dishwasher.

Not coming to a home near you soon: Samsung's Handy robot is the most complicated way of getting your plates from the sink to the dishwasher possible. But it highlights AI advances being made to make it possible for robots to grasp different types of objects - which are v clever. pic.twitter.com/GCaXnuOm3w

The idea is to have these robots get ahead of your everyday needs before they even pop into your head.

"Our world looks different, and many of you have been faced with a new reality — one where, among other things, your home has taken on a greater significance," head of Samsung Research Sebastian Seung said during today's announcement, as quoted by CNET.

"Our innovations are designed to provide more personal and more intuitive experiences that express your personality," Seung added.

So what do Samsung's innovations look like in practice?

At the end of the day, this is still CES, which has a storied history of showcasing technology that never makes it to market — meaning it's unclear if any of these robots will actually ever go into production.

READ MORE: Samsung's CES 2021 robots will clean your house and pour you a glass of wine [CNET]

More on household robots: Toyota Built a Robot to Do Grandpa's Dishes