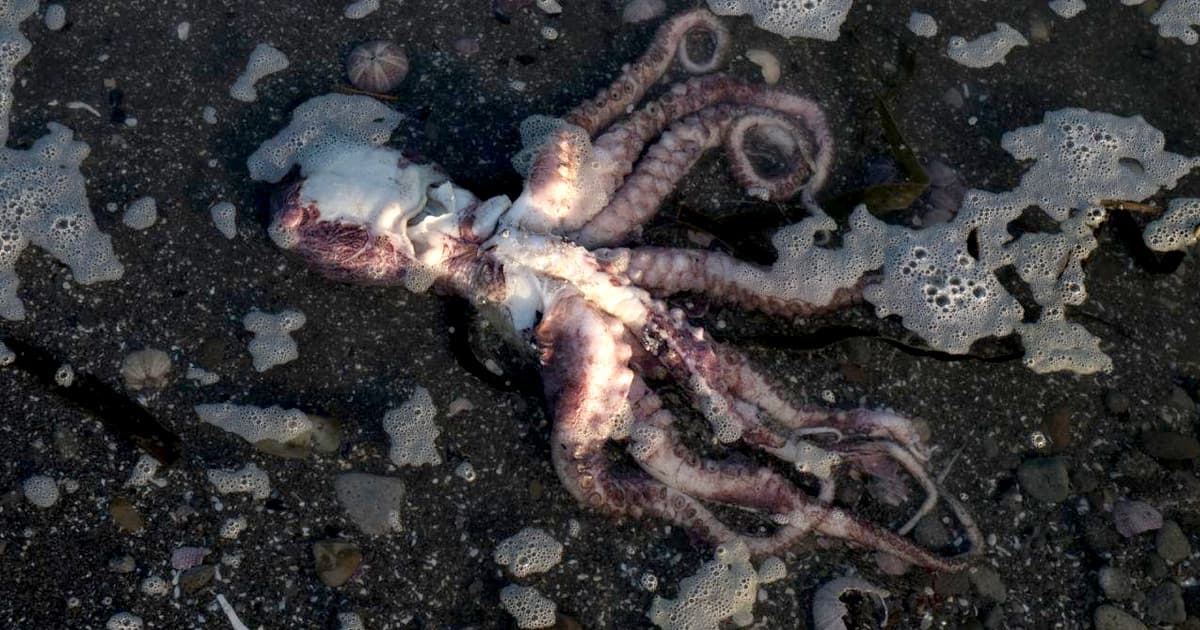 Greenpeace Russia is calling it an "ecological disaster."

Greenpeace Russia is calling it an "ecological disaster."

Surfers in Kamchatka, Russia are reporting that the ocean water is leaving them with poisoning-like symptoms, CBS News reports.

"For several weeks now, all surfers have experienced problems with their eyes after returning from the water," Yekaterina Dyba, a geographer who runs the Snowave Kamchatka surfing school, wrote on social media, as translated by CBS. "White shroud, blurred vision, dryness. Sore throat. Many had nausea, weakness, high fever."

Various wildlife, including octopuses, fish, and shellfish have also been affected, washing up dead in the thousands on shores. Greenpeace Russia called it an "ecological disaster."

According to the region's acting Minister of Natural Resources and Ecology Aleksei Kumarkov, the presence of petroleum and toxic phenols exceeded safe levels by about four times.

But it's still unclear what the exact source of pollution is. Kamchatka Governor Vladimir Solodov told the press that authorities are still waiting on test results. Last week, officials blamed the dying sea life on stormy weather, according to CBS.

Russian state media suggests it could've been an oil tanker that leaked as it was making its way through the Bering Strait between Alaska and Russia.

Despite the Defense Ministry denying that any of their ships could've been involved, Russian media also didn't rule out the military being the cause of the contamination.

Russian ecology minister Dmitry Kobylkin announced on Tuesday that there will be two water tests near two military testing sites, citing a "yellow film" on a local river, The Guardian reports.

"Early tomorrow morning there will be inspections of two key test sites that are raising everyone’s concerns," he said.

Dialed Up
Spain Forcing Public Places to Set AC at or Above 81 Degrees Fahrenheit
8. 4. 22
Read More
Good Neighbors
German Government Says It May Keep Nuclear Plant Open After All
7. 31. 22
Read More
Circle of Life
Hooray! The Great Pacific Garbage Patch Has Become a Thriving Ecosystem, Scientists Say
5. 1. 22
Read More
+Social+Newsletter
TopicsAbout UsContact Us
Copyright ©, Camden Media Inc All Rights Reserved. See our User Agreement, Privacy Policy and Data Use Policy. The material on this site may not be reproduced, distributed, transmitted, cached or otherwise used, except with prior written permission of Futurism. Articles may contain affiliate links which enable us to share in the revenue of any purchases made.
Fonts by Typekit and Monotype.