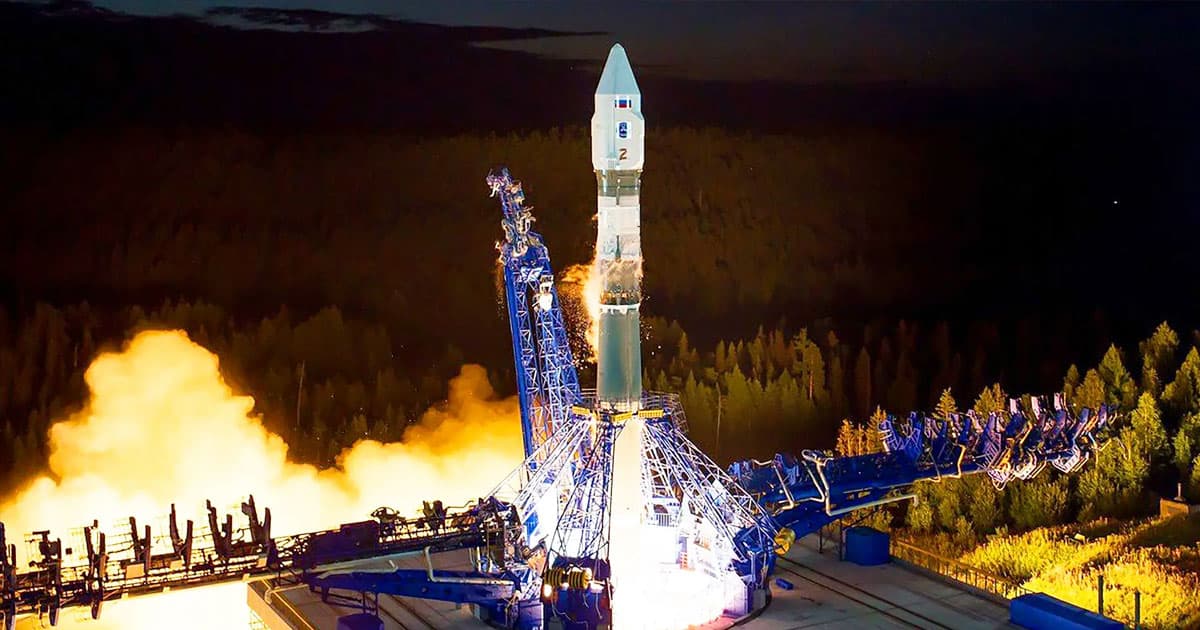 The US military says that Russia just launched a new satellite, called Kosmos 2558, specifically to shadow an orbital US reconnaissance satellite. Again.

Space.com reports that Kosmos 2558, dubbed an "inspector satellite," was launched into the same orbit as US spy satellite USA 326 back on August 1. According to information gleaned by a Netherlands-based satellite tracking system called Marco Langbroek, the Russian vessel appears to be hovering within just 37 miles of the US spacecraft.

As one might imagine, the Pentagon is none too pleased.

"That's really irresponsible behavior," Gen. James H. Dickinson, Commander of U.S. Space Command, said on NBC Nightly News. "We see that it's in a similar orbit to one of our high-value assets for the U.S. government. And so we'll continue like we always do, to continue to update that and track that."

This isn't the first time that Russia has put similar "inspector" gadgets into orbit. Not too long after former president Donald Trump formed America's valiant Space Force, Russia sent the first of the tailgating crafts into orbit in early 2020, also uncomfortably close to a US counterpart — marking the first encounter in which the US, at least publicly, faced a direct off-world threat to its military tech.

"We view this behavior as unusual and disturbing," Gen. John "Jay" Raymond, chief Guardian of space operations for the Space Force, told Time Magazine at the time. "It has the potential to create a dangerous situation in space."

As USA 326 is a spysat, most information about it — what it does, why it does it — is classified. That being said, it's also unclear what Russia might gain from just... following it around? In any case, no one — including the Pentagon — likes a tailgater.

Updated to correct error about the tailgating distance.

Space Billboards
Russian Scientists Propose Plan to Launch Huge Advertisements Into Orbit Over Cities
10. 5. 22
Read More
Sabers Rattled
Russia Issues Veiled Threat to Shoot Down Pesky SpaceX Satellites
9. 16. 22
Read More
Sad ROSS
Russia's New Space Station Gets Sadder the More We Hear About It
7. 27. 22
Read More
+Social+Newsletter
TopicsAbout UsContact Us
Copyright ©, Camden Media Inc All Rights Reserved. See our User Agreement, Privacy Policy and Data Use Policy. The material on this site may not be reproduced, distributed, transmitted, cached or otherwise used, except with prior written permission of Futurism. Articles may contain affiliate links which enable us to share in the revenue of any purchases made.
Fonts by Typekit and Monotype.