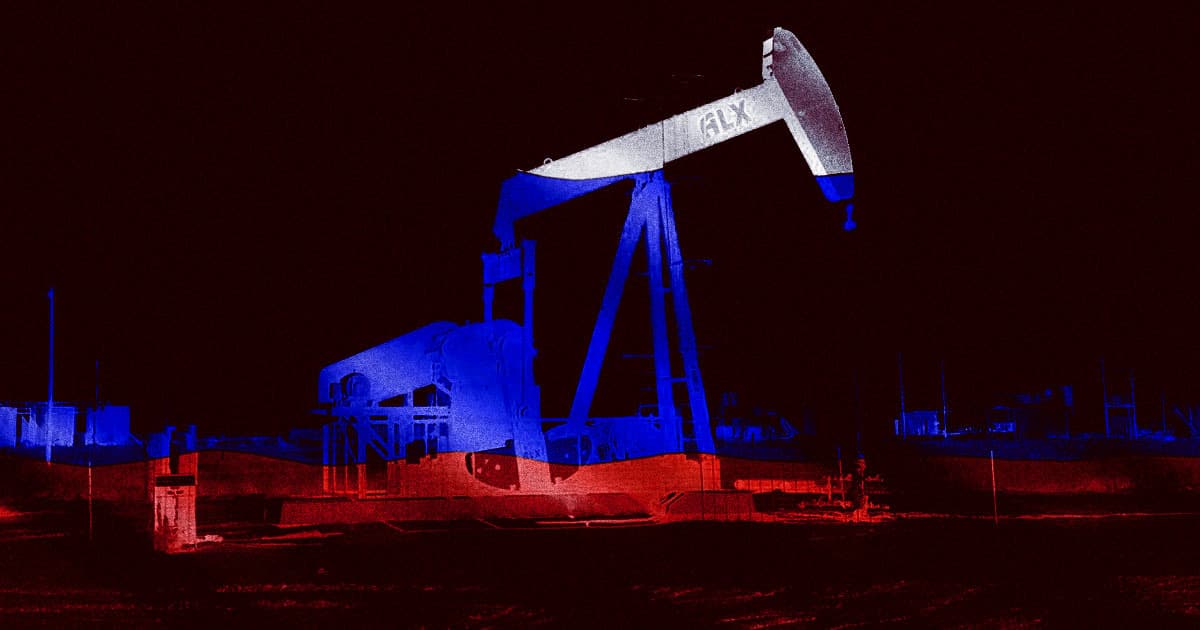 It's sucking gas out of the ground and turning it into cryptocurrency.

It's sucking gas out of the ground and turning it into cryptocurrency.

The company, which is the oil subsidiary of the Russian gas monopoly Gazprom, has started to use its excess carbon dioxide emissions as an energy source for crypto mining rigs, CoinDesk reports. It seems like an unusual combination, but the idea is to reclaim wasted energy into lucrative cryptocurrency.

The process of drilling for oil releases excess flammable gases — primarily methane and extra natural gas that the facility can't handle. Typically, oil companies will burn that gas away to keep it from leaking into the atmosphere, which is why rigs sometimes spout large flames. The idea is that burning the methane converts it to carbon dioxide, which is less harmful than methane as far as greenhouse gases go. But all that heat and energy just goes to waste, so Gazpromneft's plan is to make use of it by converting the excess heat into electricity and using it to generate crypto, according to CoinDesk.

It's not the first time this idea has come up. Bloomberg reported last year that natural gas companies in the U.S. had already started to open similar facilities, using the excess energy from disposing of the gases to power data centers that included, yes, Bitcoin farms.

While it provides the infrastructure, the Russian energy company isn't the one actually doing the mining. Instead, mining companies can send their equipment to the Siberian facility to farm for their own Bitcoin.

And so far, the system appears to work: A Russian crypto mining firm using the facility generated 1.8 Bitcoin in one month — that's about $50,000 at today's prices — according to CoinDesk, burning through 49,500 cubic meters of excess gas in the process.

More on crypto mining: Bitcoin Is Going To Use As Much Electricity As Austria By The Year’s End

Dialed Up
Spain Forcing Public Places to Set AC at or Above 81 Degrees Fahrenheit
8. 4. 22
Read More
Good Neighbors
German Government Says It May Keep Nuclear Plant Open After All
7. 31. 22
Read More
Back Online
Japan May Need Nine Nuclear Reactors Turned On to Get Through Winter
7. 14. 22
Read More
+Social+Newsletter
TopicsAbout UsContact Us
Copyright ©, Camden Media Inc All Rights Reserved. See our User Agreement, Privacy Policy and Data Use Policy. The material on this site may not be reproduced, distributed, transmitted, cached or otherwise used, except with prior written permission of Futurism. Articles may contain affiliate links which enable us to share in the revenue of any purchases made.
Fonts by Typekit and Monotype.