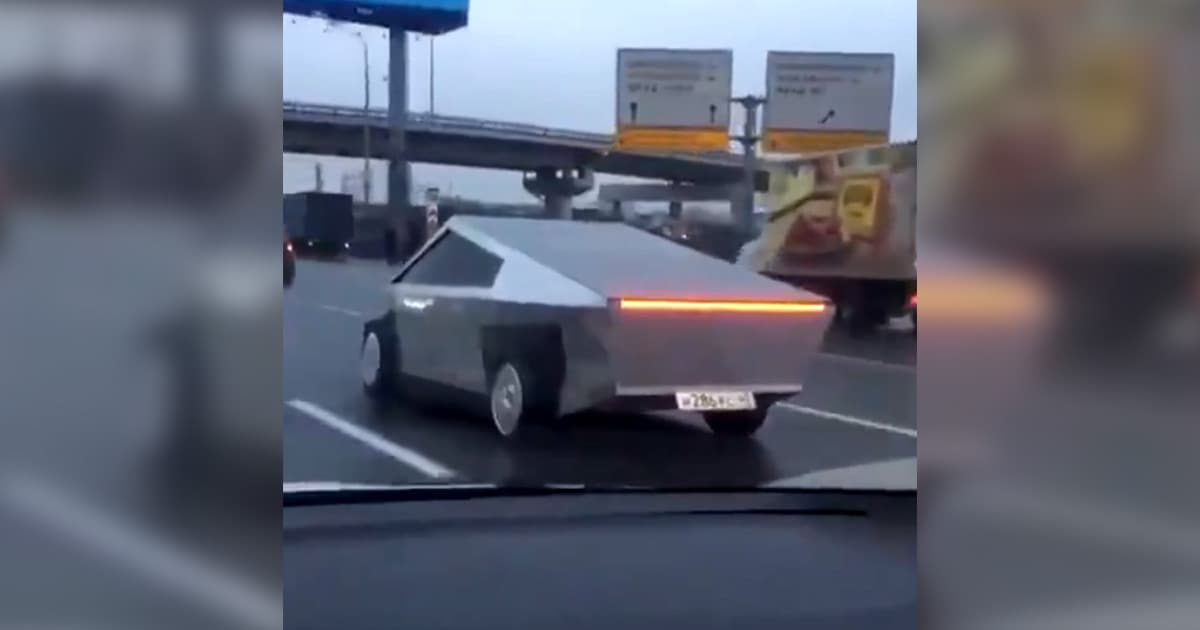 Someone is Russia has already gotten their hands of one of Tesla's futuristic-looking Cybertrucks. Sort of.

A team of Russian YouTubers has created a look-alike version of the vehicle, and on Thursday, a video of them driving the knockoff Cybertruck around Moscow began making the rounds on social media.

"How do you like that, Elon Musk?" one Twitter user wrote alongside the video, according to Jalopnik's translation from Russian. "Tesla has not yet started selling Cybertruck, but in Moscow they have already assembled their own."

The Moscow Times reports that the vehicle is the work of Youtube channel "Pushka Garazh."

Given the, let's say, distinct look of Tesla's Cybertruck, it's easy to tell it was the inspiration for the group's vehicle. But as Jalopnik pointed out, there are a few key differences in the designs.

For one, the Russian Cybertruck has a rectangular rear wheel arch, which the real vehicle has one shaped like half of a hexagon. The bootleg is also a bit shorter in length but taller in height than Tesla's Cybertruck.

The differences between the two vehicles aren't just skin deep, either. The YouTubers built their knockoff using a Lada Samara as the base, so unlike the real Cybertruck, it's gas-powered — though the group is considering making an all-electric version.

"We might give it electric traction like Tesla," they told 360, a Russian state-owned television channel. "We have a lot of ideas for this project."

READ MORE: Someone's Already Made Their Own Cybertruck In Moscow [Jalopnik]

More on the Cybertruck: Watch YouTubers Build a Functional Half-Scale Cybertruck, Because Why Not?