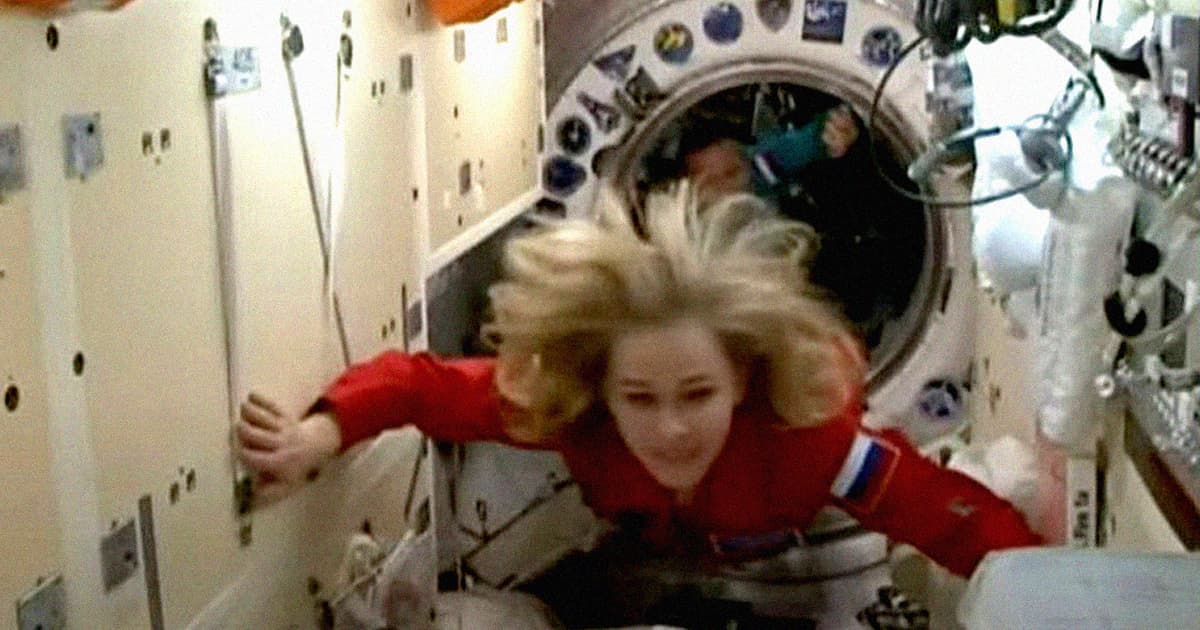 "Everything was new to us today, every 30 seconds brought something entirely new."

"Everything was new to us today, every 30 seconds brought something entirely new."

Russian actress Yulia Peresild arrived at the International Space Station yesterday to film "The Challenge," the first feature length movie to be filmed in space — and it sounds like she's already having the time of her life.

"Everything was new to us today, every 30 seconds brought something entirely new," she said during a video conference on Tuesday through an interpreter, as quoted by CBS News.

"We just met the rest of the crew, the cosmonauts and astronauts who've been living on board the station for some time now," she added. "But I'm still in a dream."

Director Klim Shipenko, who accompanied Peresild to the station, was also overwhelmed by the experience.

"It was incredible," he said. "It was hard, but it was great to arrive on board the station. We were met by friends."

Their journey to the ISS on board a Soyuz spacecraft was not without its drama. Due to software and communications issues, commander and veteran astronaut Anton Shkaplerov had to take over manual controls to dock the capsule with the station.

The team will spend just over a week on board the station to film scenes for the movie. According to Russian TV station Channel One, the movie will include 35 to 40 minutes of footage shot on the ISS.

"The Challenge" is meant to serve as a publicity boost for the country's space program, and will be about a surgeon who travels to the space station to save a cosmonaut’s life.

"This job would've been enormous even on Earth," Peresild said before launch, according to CBS. "We'll have ten days. But it won't be like ten regular 12-hour shooting days, rather like two to three hours a day, when the cosmonauts will be able to work with us."

"The rest of time Klim and I will be shooting with only me in the frame," she added.