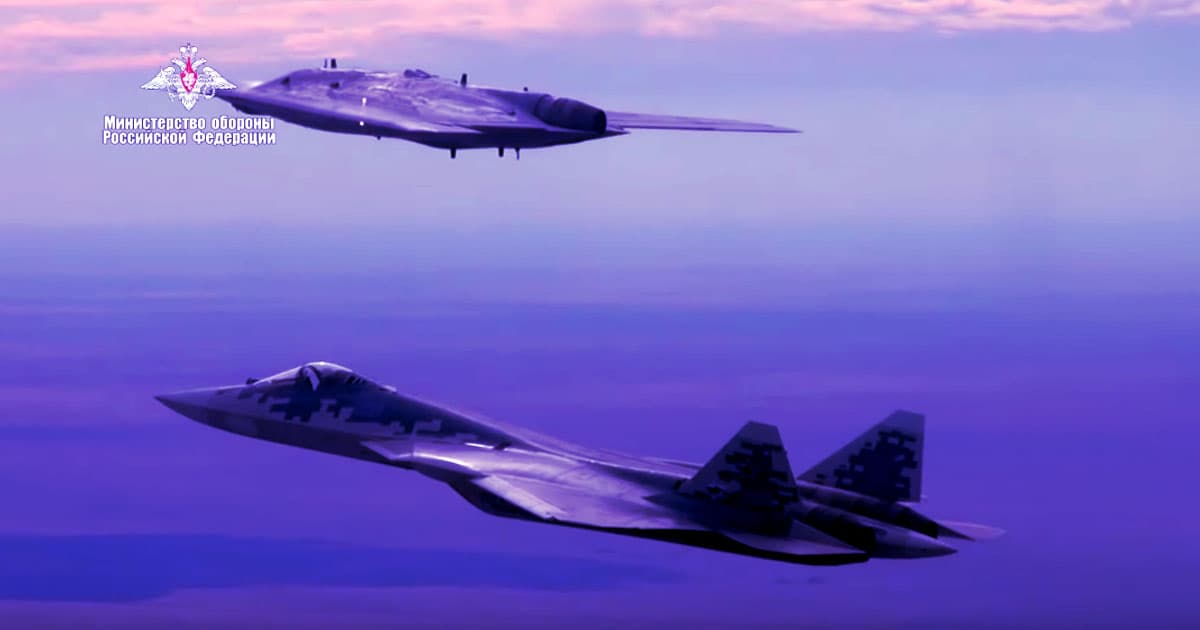 Watch Russia's Combat Drone Fly Next to a Fighter Jet

There's plenty we don't know yet about the unusual aircraft.

There's plenty we don't know yet about the unusual aircraft.

Russia's secretive uncrewed combat air vehicle, the S-70 Okhotnik-B just took to the skies accompanied by a fighter jet for the first time, according to a statement by Russian news agency TASS. The footage is pretty incredible.

The video, uploaded by the Russian Defense Ministry, shows the unusual aircraft take off next to a Russian S-57 advanced combat jet, in a flight that lasted for more than 30 minutes.

The stealthy drone, also known as the Hunter-B, could offer the Russian military a way to penetrate air spaces without being detected. The video could also herald a future in which fighter jet pilots could be accompanied by one or more of these stealth drones to improve their view of the battlefield, The Drive suggests.

"As part of the ongoing test program, the Okhotnik drone performed a flight in the automated mode in its full configuration, entering the airborne alert area," the ministry said in the statement.

The top secret heavy strike stealth drone has been in development for an unknown number of years. Back in August, Russia's Ministry of Defense released footage of the drone taking off for the first time.

The ministry is hoping to start deliveries of the S-70 in 2025, according to the statement. Heavily armed tests will take place as soon as 2023.