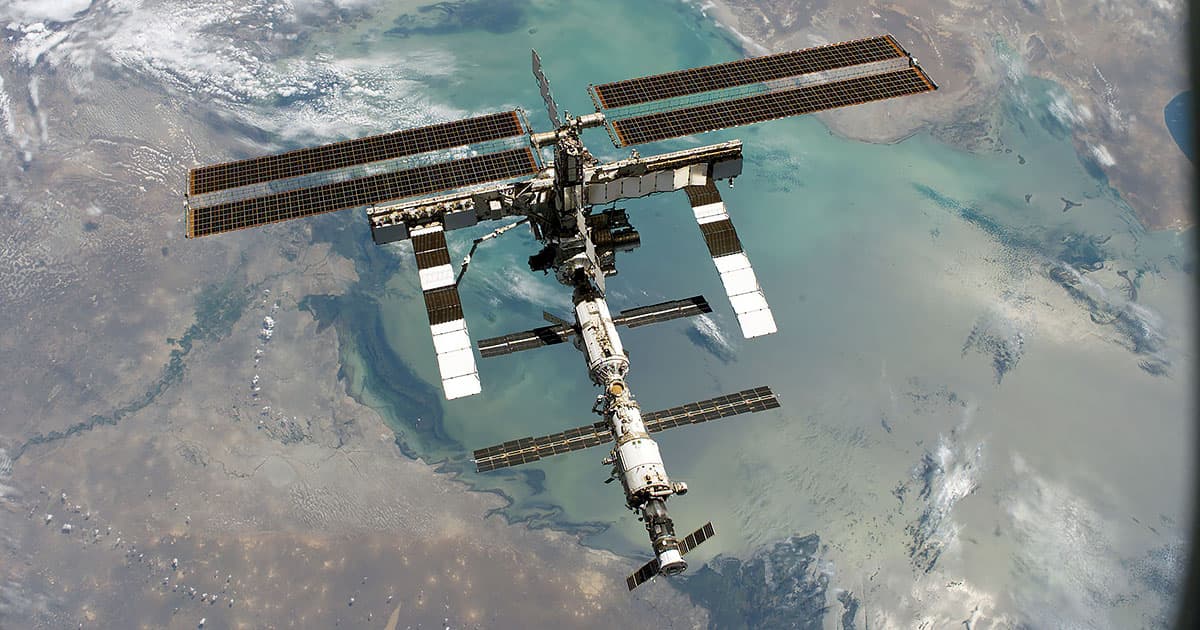 The ISS: Possibly the ‘Last Formal Diplomatic Link’ of U.S. and Russia

How the ISS is quickly becoming the last, dangling thread of U.S. and Russian relations.

How the ISS is quickly becoming the last, dangling thread of U.S. and Russian relations.

Russia is reportedly considering withdrawing from diplomacy with the United States. It’s a move that will further instigate international tensions over the country’s invasion of Ukraine, both here and beyond our atmosphere, as it may also put the future of the International Space Station right in its crosshairs.

According to reporting by Reuters, Russia summoned John Sullivan, the U.S. ambassador to the country, to explain that the country is seriously considering severing ties with the United States over President Joe Biden calling Russian President Vladimir Putin a “war criminal.”

While this certainly can only be bad news for the escalating tensions between the U.S. and Russia as the latter invades Ukraine, it also sets the stage for much less earthbound conflict as long as American astronauts and Russian cosmonauts continue to coexist on the ISS.

“I have no idea what this would mean for the ISS,” Ars Technica‘s Eric Berger tweeted in response to the news, “but it could remain as the last formal diplomatic link between the two nations.”

In response to Berger, space sustainability expert Dr. Brian Weeden noted that he thinks it’s unlikely “that there will be the political appetite to partner with Russia for another 8 years,” though the alternatives — continuing without the Russians or deorbiting — aren’t great.