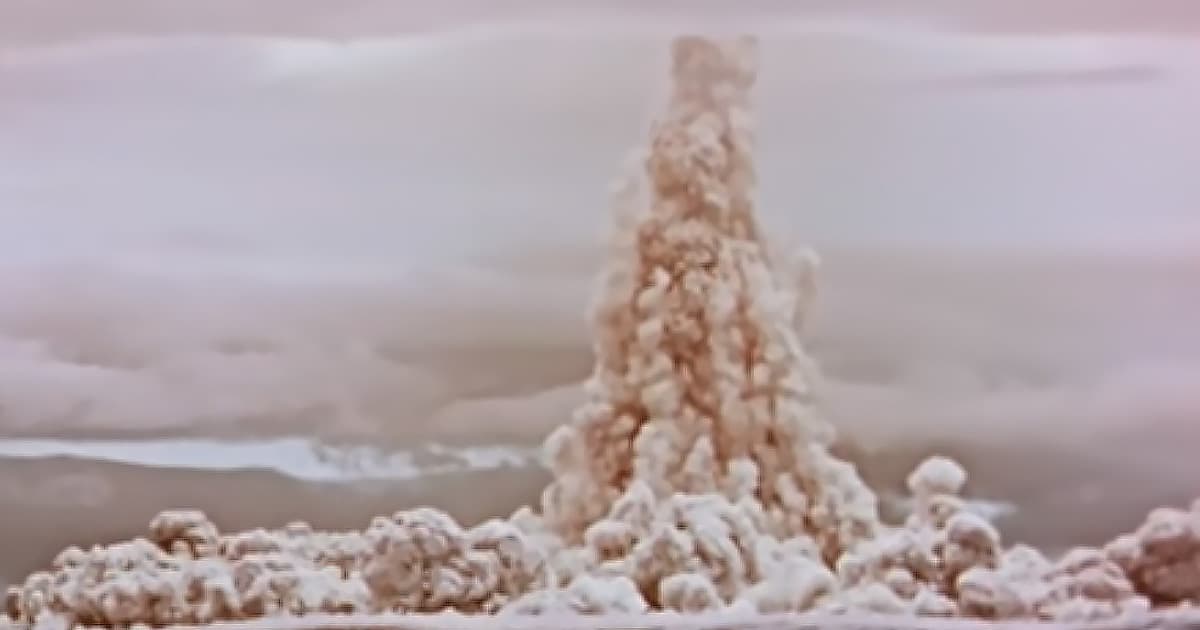 Russia has officially declassified 1961 footage of the biggest nuclear blast in history — a test of the RDS-220 hydrogen bomb, better known as Tsar Bomba.

The video, a 40 minute documentary uploaded to YouTube last week, is meant to honor the 75th anniversary of the Russian nuclear industry, as the South China Morning Post reports.

It includes extensive footage of the massive detonation and resulting mushroom cloud, which rocked a remote collection of islands in the Arctic Ocean on October 30, 1961.

The explosion was a blast equivalent to 50 megatons of TNT — about 1,500 times more forceful than the Hiroshima and Nagasaki bombs combined. The Little Boy atomic bomb dropped on Hiroshima on August 6, 1945, for context, exploded with the equivalent energy of “just” 15 kilotons of TNT.

The flash resulting from the gargantuan explosion of the Tsar Bomba was reportedly visible from almost 1,000 kilometers away.

“There was a megatonnage race — who was going to have a bigger bomb,” Robert Norris, an atomic age historian, told The New York Times. “And the Soviets won.”

Luckily, no bomb like it was ever detonated again following the test in 1961. Two years later, the United States, the USSR, and the United Kingdom signed the Limited Nuclear Test Ban Treaty, forbidding airborne nuclear weapon tests.

Later nuclear tests were largely carried out underground. The most recent suspected nuclear bomb test was conducted in a mountainous region of North Korea on September 3, 2018. The detonation registered as a 6.3 magnitude earthquake, causing the entire surrounding mountain to collapse.

More on nuclear bombs: Whatever Your Budget, Now You Can Own a Historic Piece of the Manhattan Project