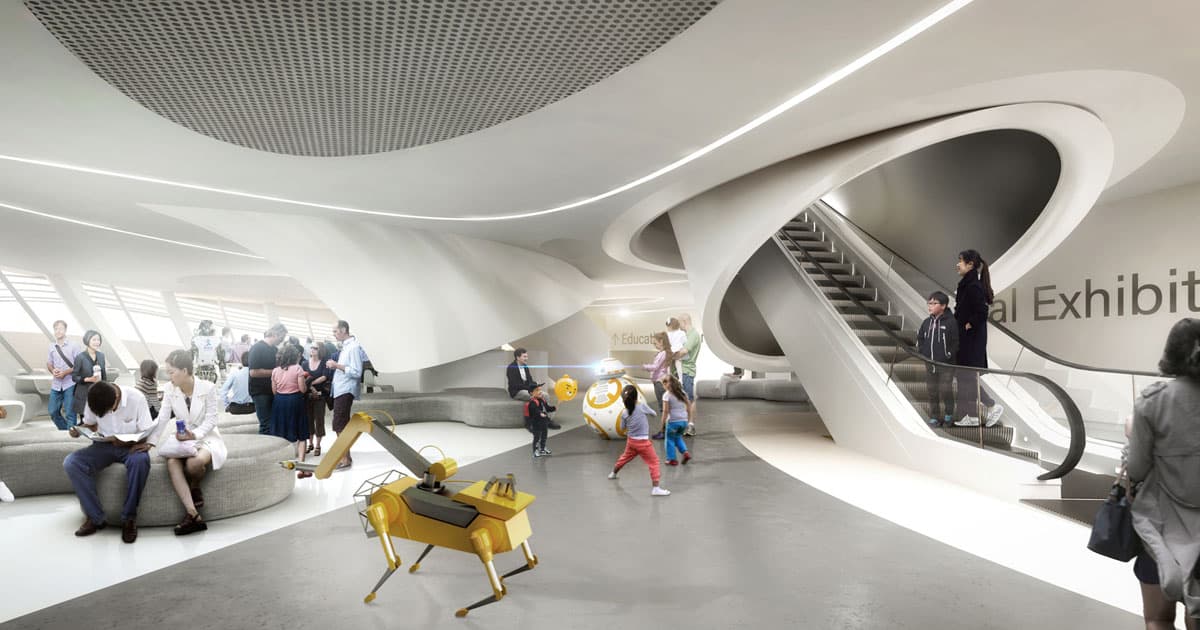 Robots Are Building a Robotics Museum

The museum's construction will be its first exhibit.

The museum's construction will be its first exhibit.

In 2022, the Robot Science Museum is expected to officially open in Seoul, South Korea. The museum’s first exhibit, however, will actually launch two years prior — when a team of robots begin constructing the facility.

Turkish firm Melike Altinisik Architects (MAA) recently announced that it had won an international competition to design the Robot Science Museum, which will serve as a branch of the Seoul Metropolitan Museum.

According to the firm, “robots will be in charge” of designing, manufacturing, and constructing the facility. World Architecture elaborates on that a bit, reporting that various systems of robots will mold and assemble the building’s metal plates, as well as 3D-print its concrete landscape.

While tasking robots with building a robotics museum is an amusing proposition, the decision to choose MAA’s proposal was also reportedly a fiscal one — the use of robots for the museum’s construction is expected to save time and money.

It’s also important to note that this is far from the first example of robots doing construction. We’ve already seen bots install drywall, lay bricks, and 3D-print homes for people — so robots that build a home for themselves seems like the next logical step.

READ MORE: This Robotics Museum in Korea Will Construct Itself (in Theory) [TechCrunch]

More on robots: This Humanoid Robot Can (Slowly) Install Drywall All by Itself