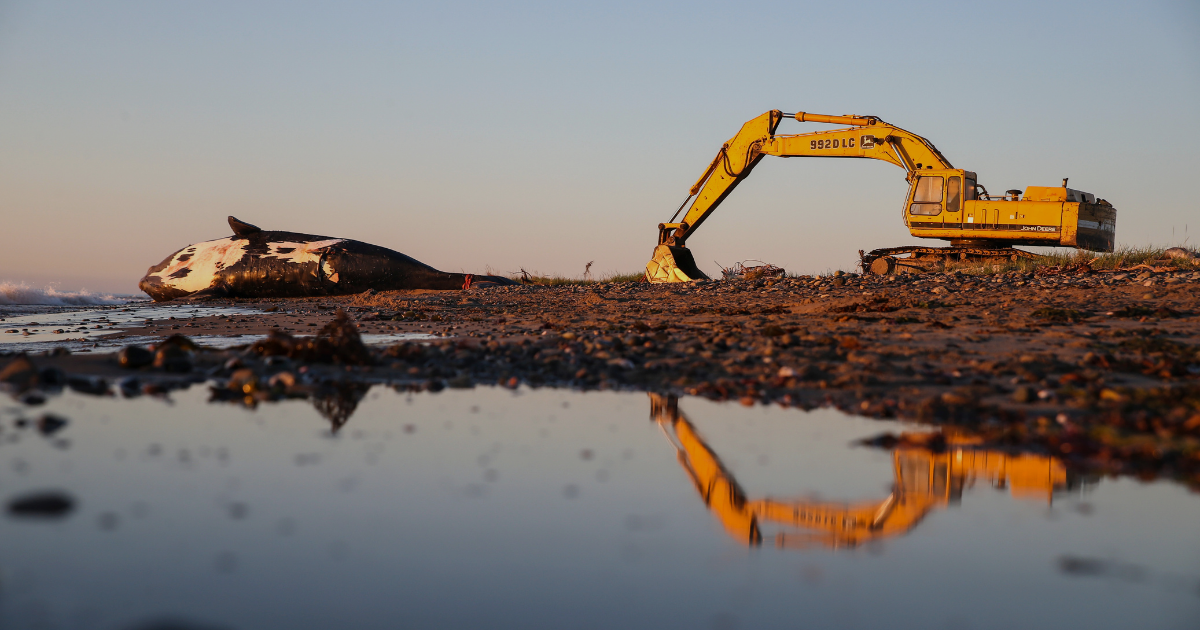 North Atlantic right whales — all 300 or so of them left alive — have a new weapon on their side.

For years, marine ecologist Mark Baumgartner has been deploying real-time listening devices that record whale song. Now, the lab he works for is partnering with a marine shipping company to deploy two robotic buoys that will relay location info on right whales back to shore. Woods Hole Oceanographic Institution developed the tech so mariners and the public have an idea of where the endangered mammals are swimming, and can therefore prevent deadly ship collisions, according to today's Associated Press report.

"We have to change our industrial practices when whales are around," Baumgartner said in a statement. " That’s what this tech enables. Having the industry tell us what works and what doesn’t is the best way to have solutions that will actually be implemented."

In 2021, AP reported that right whale populations were hitting a 20-year low, with only 300 or so individuals remaining alive in the wild, a significant drop from 480 individuals in 2011.

Although the whales used to be abundant, climate change is forcing them into warmer, busier waters as they search for food. Their reproduction and mortality rates have also been pretty grim, and they're always vulnerable to fishing net entanglement and collision.

Baumgartner's new devices protect the animals in ways that regulations and rules couldn't. As humans are create mass extinction events in the ocean not seen since the time of the dinosaurs, he might just be the right whale's last hope.

More on eco-friendly strategies: MIT Says We Could Build a House With Lab-Grown Wood