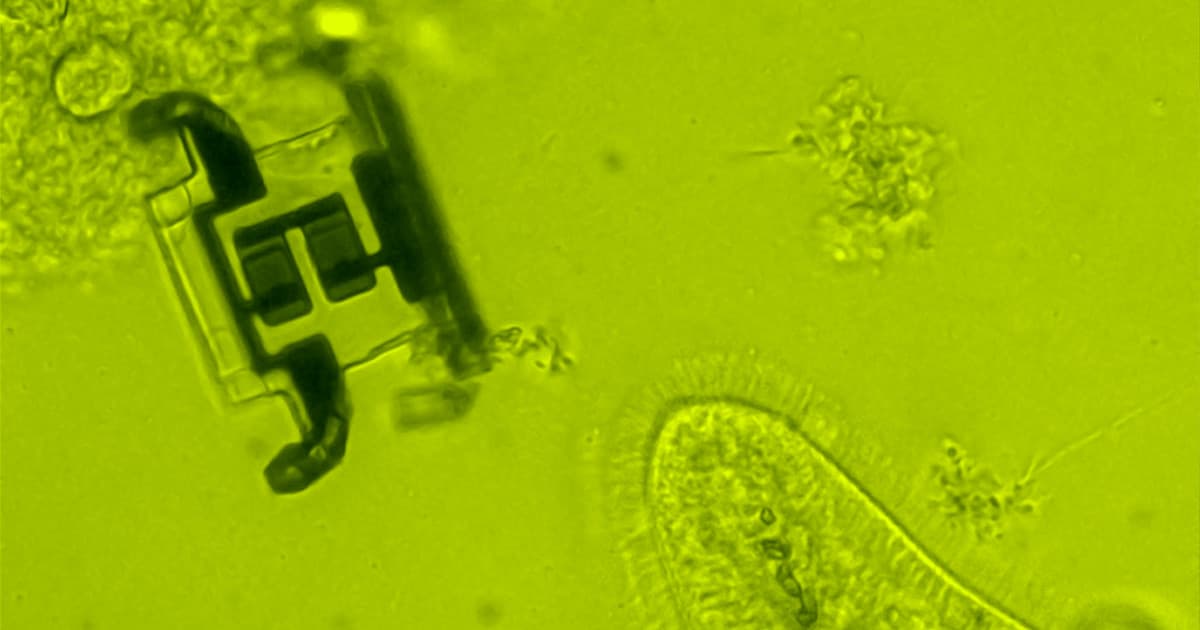 A team of Cornell University scientists developed a new robot — so small that it’s invisible to the naked eye — that they hope will someday crawl around inside the human body and hunt for disease.

The robots themselves are little more than microchips attached to four origami-inspired legs, BBC News reports. But their simplicity — the engineers can manufacture 1 million of the bots every week, each one steered by beaming a laser at its feet — gives the team hope that they’ll become a useful medical tool. BBC News published a video of the robots wiggling around, and it’s highly recommended.

The hardest part, the team told BBC News, wasn’t necessarily building a microscopic robot, but rather giving such a tiny machine a way to actually move around.

“People have become very good at shrinking computer chips to microscopic dimensions,” Cornell physicist Itai Cohen told BBC News. “The problem was that there weren’t any legs that would work at that scale that could connect to these microchips. We invented a new technology [that’s] essentially the legs for these robotic brains.”

So far, the team is celebrating the tiny robots as an achievement and development all of their own. But someday, Cohen hopes that they could serve as medical devices that root around for signs of disease.

“You could imagine having these as little microsurgery devices,” he told the BBC. “You inject these robots in, they locally track down either bacteria or maybe a tumor cell and then they go snip it up and destroy it.”