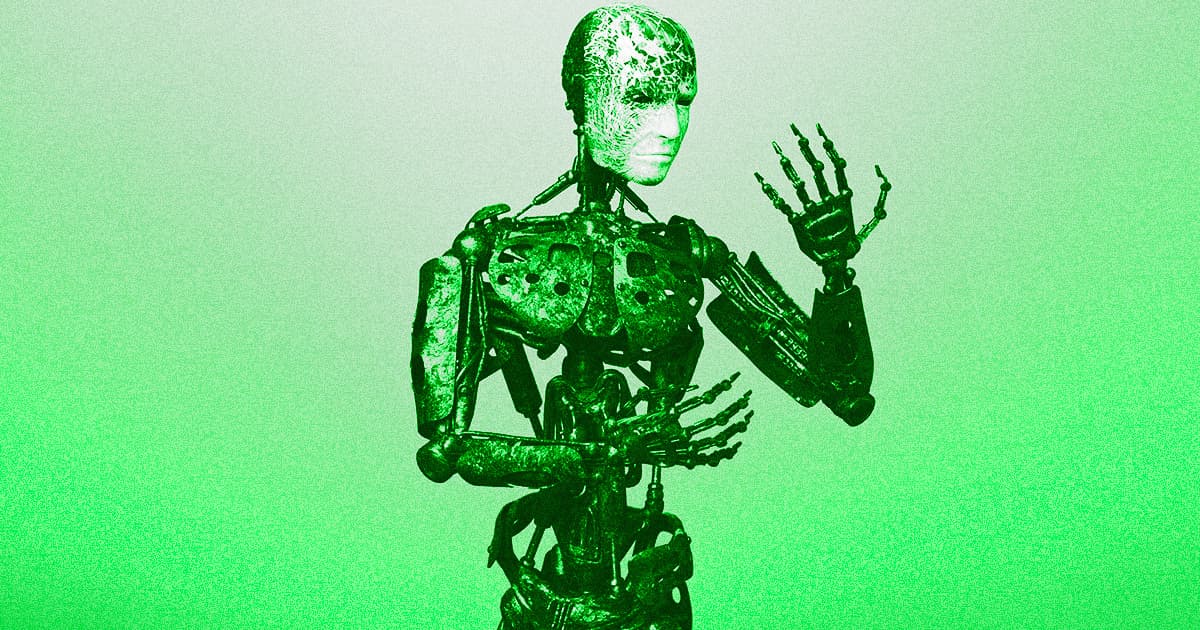 Rival Slams CNET: "We Will Never Have an Article Written by a Machine"

As the fallout from tech news stalwart CNET's disastrous experiment with AI-generated SEO-bait articles — which, as we recently reported, weren't just shrouded in secrecy and chock full of errors, but also seem to have been riddled with substantial instances of plagiarism — continues, a major publishing rival to CNET owner Red Ventures has made its stance known.

"We will never," Neil Vogel, CEO of Dotdash Meredith, the largest digital and print publisher in America and direct Red Ventures competitor, declared to Axios, "have an article written by a machine."

Importantly, Vogel didn't decry AI entirely. He told Axios that his company, which boasts titles including AllRecipes, Martha Stewart, and People Magazine, has already integrated AI into several aspects of the business, like its image-sourcing practices.

"We're not denialists," said the CEO. "We actually think it's an incredible opportunity for us."

Vogel has a point. Though the ethics of generative AI — be it text-generating, image-generating, or otherwise — is widely debated, there are a lot of AI options out there, and a lot of them are pretty useful. Within the field of journalism, CNET certainly isn't the first to incorporate AI into its business. As Axios notes, The Associated Press has been using automation to assist with data-driven sports stories, while financially-minded sites like Bloomberg and Forbes have used similar tools.

What CNET was doing, however, was inherently different. It wasn't just using AI to just deliver hard numbers or to streamline or support certain non-journalism workflows. Instead, under a misleading (but since-changed) byline, CNET was using a mystery system to write and rewrite full-blown financial explainers — the type of explainer articles targeted at low-information folks looking to learn more about complicated personal finance topics like mortgage rates and interest calculation — for the sake of feeding SEO bots. It's a grim reckoning for a struggling industry.

But given the breadth and power of Dotdash, we'd be lying if we said that Vogel's comments weren't a heartening silver lining.

Pleading the Fifth
Extremely Embarrassing Evidence Emerges Against CEO of “Robot Lawyer” Startup
Yesterday
Read More
Locker Room
Leaked Messages Show How CNET's Parent Company Really Sees AI-Generated Content
Yesterday
Read More
Faking Face
Twitter Is "Verifying" Accounts With AI-Generated Faces
Tuesday
Read More
+Social+Newsletter
TopicsAbout UsContact Us
Copyright ©, Camden Media Inc All Rights Reserved. See our User Agreement, Privacy Policy and Data Use Policy. The material on this site may not be reproduced, distributed, transmitted, cached or otherwise used, except with prior written permission of Futurism. Articles may contain affiliate links which enable us to share in the revenue of any purchases made.
Fonts by Typekit and Monotype.