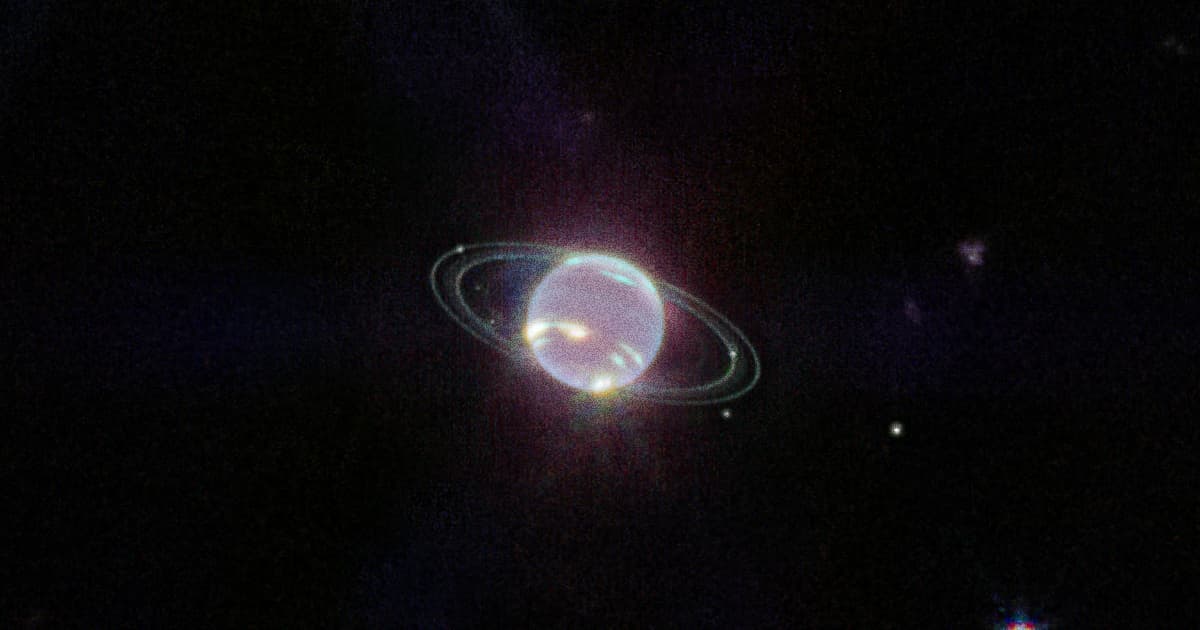 Usually You Can't See Rings on Neptune. With the James Webb, Though... Wow

"It has been three decades since we last saw these faint, dusty rings."

"It has been three decades since we last saw these faint, dusty rings."

Put a Ring On It

Jupiter who? The James Webb Space Telescope (JWST) just captured Neptunes's rings — yep, that's right, Neptune has rings, too — in all of their splendor. And they're absolutely beautiful.

If it's news to you that Neptune even has rings, we don't blame you. They're quite close to its atmosphere, and thus are easily obscured by the gas giant's brightness — in fact, this is the first glimpse we've had of them since 1989, when Voyager 2 flew past our solar system’s outermost planet.

"It has been three decades since we last saw these faint, dusty rings," Heidi Hammel, a Neptune system expert and interdisciplinary scientist for Webb, said in a NASA press release, "and this is the first time we've seen them in the infrared."

Hey Neptune. Did you ring? 👋

Webb’s latest image is the clearest look at Neptune's rings in 30+ years, and our first time seeing them in infrared light. Take in Webb's ghostly, ethereal views of the planet and its dust bands, rings and moons: https://t.co/Jd09henF1F #IAC2022 pic.twitter.com/17QNXj23ow

Now, if you're also wondering why Webb’s photo of the ice giant captures the planet looking less like a big blue orb (as it usually does), and more like Casper The Big Round Ghost, it has to do with the JWST's infrared capabilities. These pictures were snapped by the telescope's near-infrared camera, and methane, which Neptune’s atmosphere is packed with, absorbs most infrared light. What we’re actually seeing are the reflective ice clouds that pretty much encase the big ol' frosty space marble.

Beyond Neptune's rings — as well as some fainter dust bands that lie between them — Webb was also able to spot seven of the planet's 14 moons, and even caught a glimpse of an intriguing bright spot at the planet's North Pole.

This all very exciting, and luckily for us, it's just the beginning. Per the release, Webb is slated for further study of Neptune as well as its main moon, Triton, later this year. Rest assured, we'll have the popcorn ready.

More on the James Webb: The JWST's Data Is So Incredible That Even Those Who Built It Are Questioning Previous Science