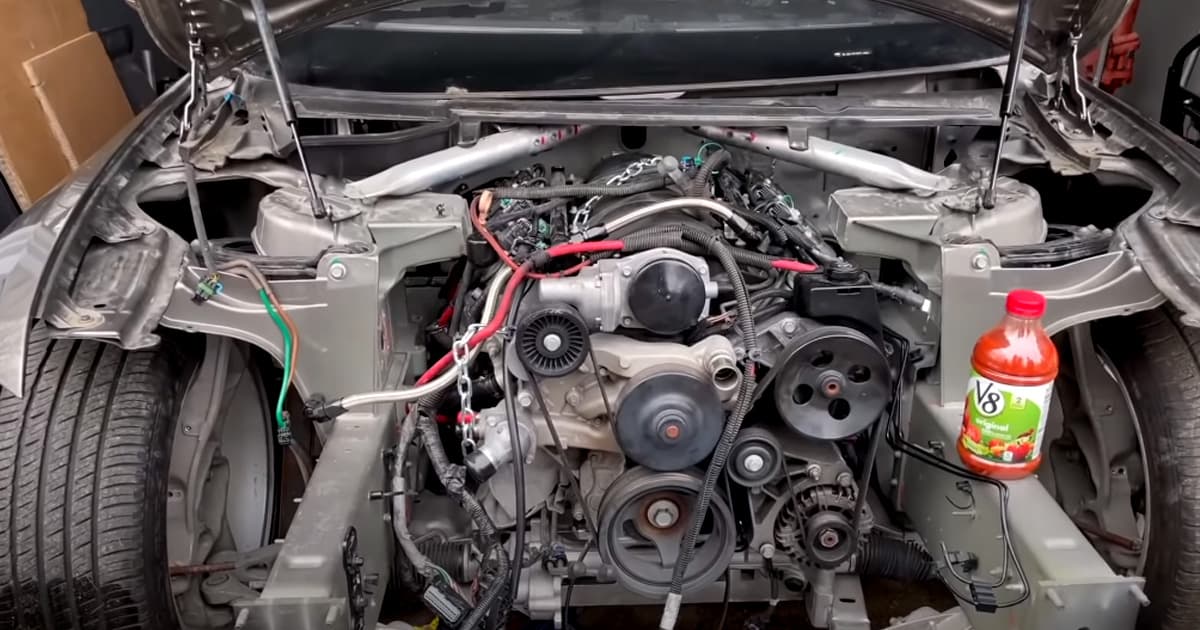 The hardware he transplanted is a 6.2-liter LS3 rear-wheel-drive car engine made by General Motors — courtesy of a totaled 2010 Chevrolet Camaro — with 426 horsepower. That's comparable to the performance put out by a, well, normal entry level Model S.

And yes, the project is "gonna hurt some feelings," as The Drive predicted back in December, when Rich was still working on the project.

Rich has set himself a substantial challenge: a Model S was never designed to fit a V8, let alone be powered by one. But after a great deal of tinkering and stripping of original parts, the space under the hood did in fact end up fitting the massive engine block.

The project is not nearly ready to hit the streets. Rich and his team still have to reinforce numerous areas of the car frame, because fitting the engine required them to take a lot of steel out.

READ MORE: This V8-Powered Tesla Is Everything Fun about Modifying Cars [Autoweek]

More on Rich Rebuilds: This Guy Built a DIY Cyberquad and It's an Absolute Monster