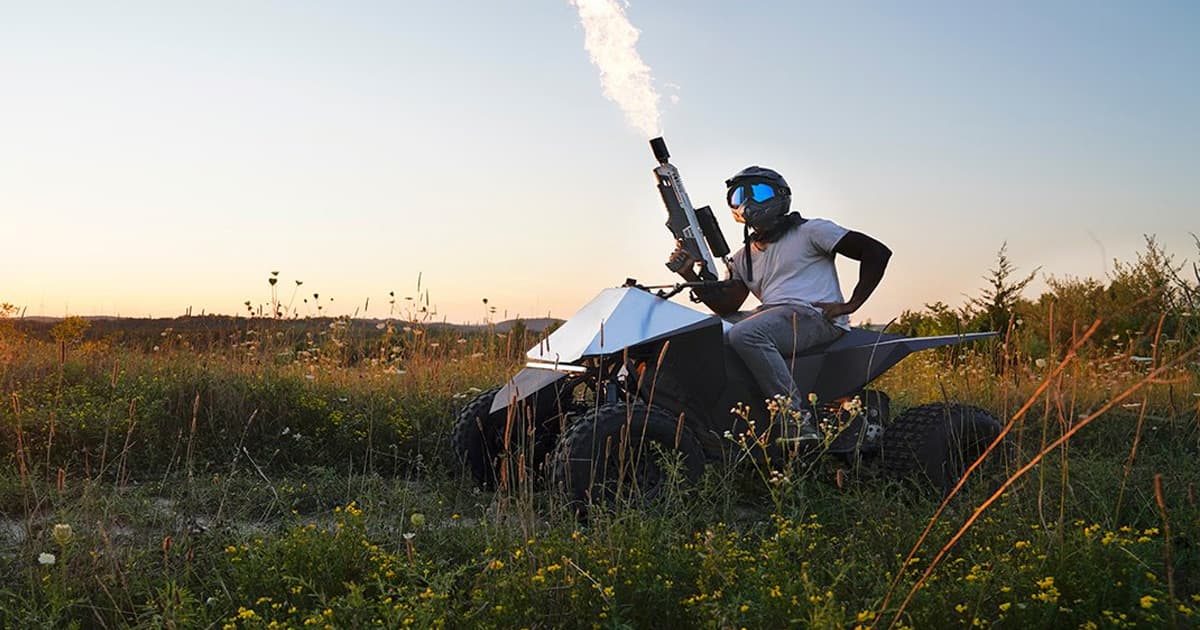 This Guy Built a DIY Cyberquad and It's an Absolute Monster

Tesla teased an ATV. This guy actually built it — and it goes 102 mph.

Tesla teased an ATV. This guy actually built it — and it goes 102 mph.

Don't Try This At Home

The vehicle, dubbed Starscream, is an absolute beast.

"It sounds like an angry power drill," Rich concluded after building up a first version, comprising a traditional quad bike chassis, an electric motorcycle motor, and a slick custom aluminum chassis.

Despite the whining sound of the motor, the custom 500 pound "Cyberquad" is extremely powerful. In tests, Rich and his crew managed to get it to an insane 102 mph. 0 to 60 mph? Less than four seconds.

Starscream is AN ABSOLUTE BEAST! Pure electric power. 0-60 in under 4 seconds. Top speed is just as crazy! https://t.co/sKPV3Bslmb pic.twitter.com/SqG9nS9PfH

And they technically could've gone faster.

"If you've ever been over 60 mph on a quad, things get sketchy really fast," Rich said in his video.

It could even pull a military-grade Humvee up an incline at 20 mph. To top it all off, Rich even has added a winch to get up the steepest of hills.

Rich is already planning to upgrade the electric powertrain to something even faster and more powerful.

More on the Cyberquad: Elon Musk: Yes, You Will Be Able to Buy Tesla's Cyberquad ATV