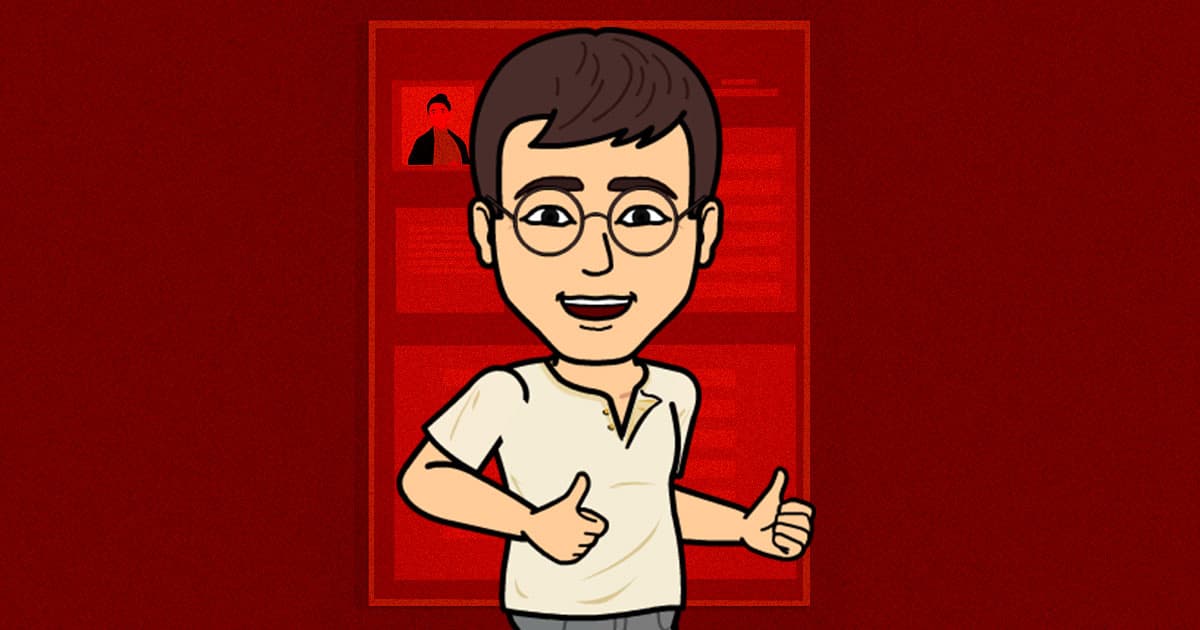 Members of Gen Z Are Putting Bitmojis on Their Résumés

"I wanted to do something that stood out."

"I wanted to do something that stood out."

Members of Gen Z are now entering the workforce, and they're bringing their bitmojis with them.

According to a new Wall Street Journal story, young people are attempting to make their résumés stand out to potential employers by eschewing the traditional bullet-pointed, black-and-white format for documents with far more flair — adding color photographs, logos, and even their cartoon avatars.

The crafters of these creative CVs seem hopeful that their efforts will be worthwhile — and that we won't be going back to the boring résumés of old any time soon.

"I wanted to do something that stood out," Valentino Bogliacino Bueno, a 23-year-old whose résumé includes a headshot, told the WSJ. "I feel like this is what the future of résumés is going to be."

However, while bitmojis and photos may draw a recruiter's eye, the embellishments might end up doing more harm than good.

"Photos belong on your personal social-media accounts and online-dating profiles, not your résumé," Katie Burke, chief people officer for software company HubSpot, told the WSJ. "What you look like has zero impact on what you can do in a role, so photos, bitmojis and other gimmicks often detract from someone’s candidacy versus adding to it."

READ MORE: Résumés Are Starting to Look Like Instagram—and Sometimes Even Tinder [The Wall Street Journal]

On the Brink
911 Calls Reveal Mental Anguish of Amazon Employees
3. 11. 19
Read More
Finally, a Group of Workers Expected to Benefit From Automation: Women
5. 17. 18
Read More
The Reports Are In: AI and Robots Will Significantly Threaten Jobs in 5 Years
10. 8. 17
Read More
+Social+Newsletter
TopicsAbout UsContact Us
Copyright ©, Camden Media Inc All Rights Reserved. See our User Agreement, Privacy Policy and Data Use Policy. The material on this site may not be reproduced, distributed, transmitted, cached or otherwise used, except with prior written permission of Futurism. Articles may contain affiliate links which enable us to share in the revenue of any purchases made.
Fonts by Typekit and Monotype.