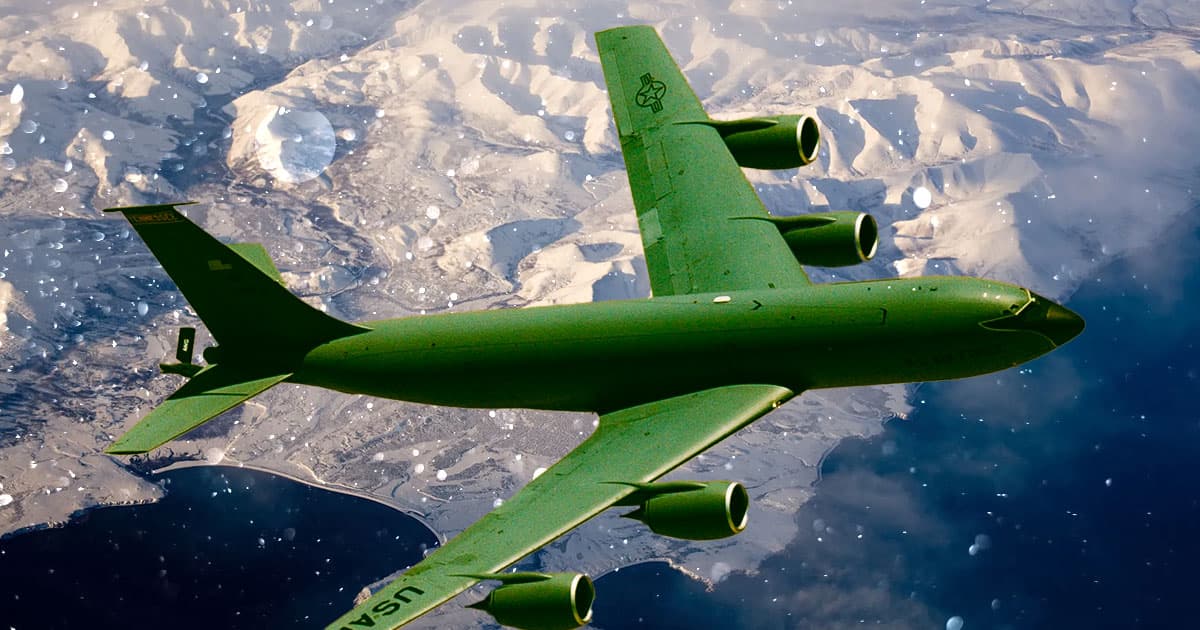 "Any intentional turning of the global thermostat would be of common interest to all of humanity."

"Any intentional turning of the global thermostat would be of common interest to all of humanity."

To make a sizeable dent in the accelerating decline in ice shelves, we'd have to fly roughly 175,000 flights of "high-flying spy planes and drones" every single year, according to a recent study led by Yale University researcher Wake Smith. Those jets would themselves release copious amounts of carbon dioxide high up into the atmosphere, it's worth noting. But despite the harmful emissions, Smith claims it'd still be worthwhile.

"It's aspirin, not penicillin," he told Sky News. "It's not a substitute for decarbonization."

According to the plan, microscopic sulfur dioxide particles — that's the stuff you smell from a burnt match — would be released from 125 air-to-air refueling tankers flying at 43,000 feet over the planet's poles.

These particles would then block some sunlight from the surface below, shielding the polar regions from the Sun's heat.

According to Smith's study,  just over 13 tons of particles released at just the right times of the year could cool the polar regions by an appreciable 3.6 degrees Fahrenheit.

Plans for solar geoengineering have been met with vocal opposition, with experts arguing that releasing harmful carbon dioxide emissions from planes flying at high altitudes is a terrible idea.

They also say that solar shading could have unintended consequences, including negative effects on agricultural systems, according to Sky News.

Last year, a group of Harvard researchers suggested testing out a similar idea using weather balloons to gather preliminary data over northern Sweden. But even this early experiment proved to be too controversial, with local adversary groups forcing them to abandon the idea.

But the polar regions, unlike northern Sweden, are only extremely sparsely populated, Smith argued.

"If the risk-benefit equation were to pay off anywhere, it would be at the poles," Smith told Sky News. "Any intentional turning of the global thermostat would be of common interest to all of humanity."