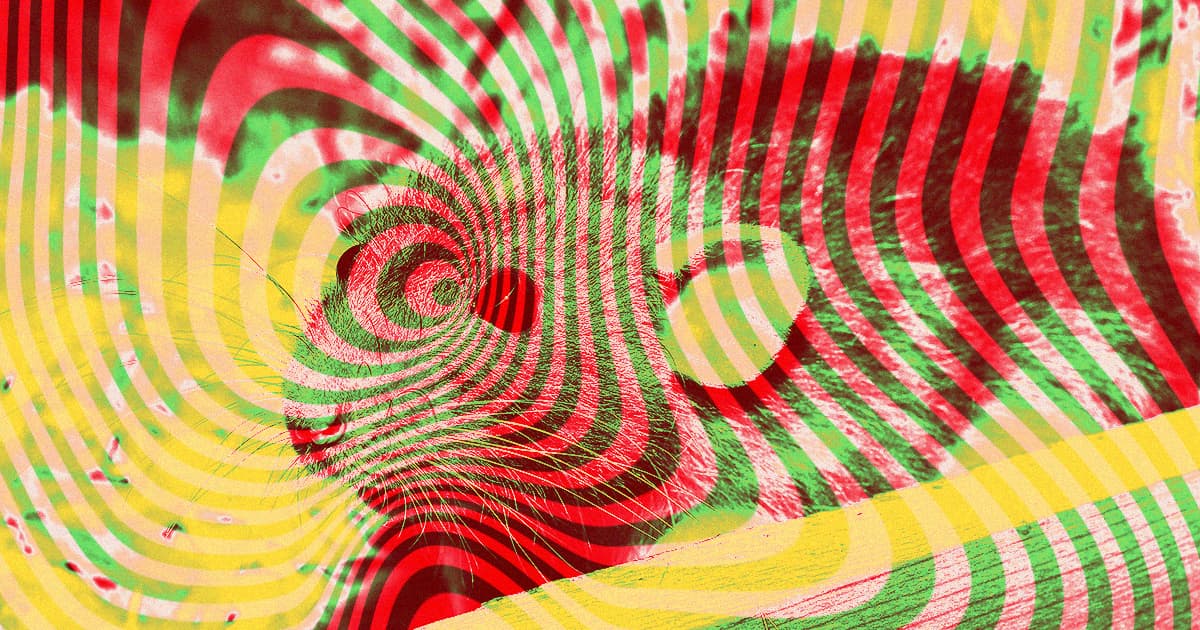 This isn't the first time humans have used BBIs to control other animals. Other researchers have used the devices to wag rats' tails and even control the hands of their fellow humans.

But it is the first time a person has used a BBI to complete something as complex as the navigation task set before the Chinese team's rats — meaning it could put us one step closer to powerful mind-control systems.

The team from Zhejiang University describes its research in a study published on Monday in the journal Scientific Reports.

The team started by implanting four pairs of microelectrodes into two parts of each rat's brain, creating six of what they call "rat cyborgs." Then the team trained the rats to associate electrical stimulations with certain movements. They controlled the stimulations wirelessly, with the pulses delivered via a tiny pack worn on the backs of the rat cyborgs.

Next, they placed an electroencephalogram (EEG) connected to a computer over a human controller's head. The EEG recorded the person's brain signals, and the computer translated them into instructions — "turn left," for example — that it delivered to the rat via electric signals.

Using the system, the human controllers guided the cyborg rats through two tests, including a complex maze in which the animals had to navigate stairs and go through a tunnel. According to the researcher's paper, "The rats all performed well with high success rate in 10 consecutive tests."

While the researchers don't note any potential uses for their BBI technology in this paper, they suggested in a previous study that rat cyborgs could be useful during search and rescue operations.

That application might be feasible, but biomedical engineer Angus McMorland, who wasn't involved in the Zhejiang University study, isn't sure it would be the most efficient plan.

"Could they use this technology to navigate a rat carrying a small walkie-talkie and camera through a collapsed building looking for survivors?" McMorland asked CNET. "Yes, it looks like that would work, but a hand-operated remote control would be a lot more reliable."

For now, the research seems more like another step forward on the path to BBIs we could use for more complicated tasks — and maybe even one day telepathy between humans.

More on BBIs: Brain-to-Brain Communication in Humans Could Soon Become a Reality

Buzz Buzz
Scientists Hijack Fruit Fly Brains to Remote Control Their Wings
7. 20. 22
Read More
Stem Ware
Scientists Discover World's Oldest Preserved Vertebrate Brain
Yesterday
Read More
Year of Efficiency
Zuckerberg Says Facebook Will Lean Hard Into AI
Yesterday
Read More
+Social+Newsletter
TopicsAbout UsContact Us
Copyright ©, Camden Media Inc All Rights Reserved. See our User Agreement, Privacy Policy and Data Use Policy. The material on this site may not be reproduced, distributed, transmitted, cached or otherwise used, except with prior written permission of Futurism. Articles may contain affiliate links which enable us to share in the revenue of any purchases made.
Fonts by Typekit and Monotype.