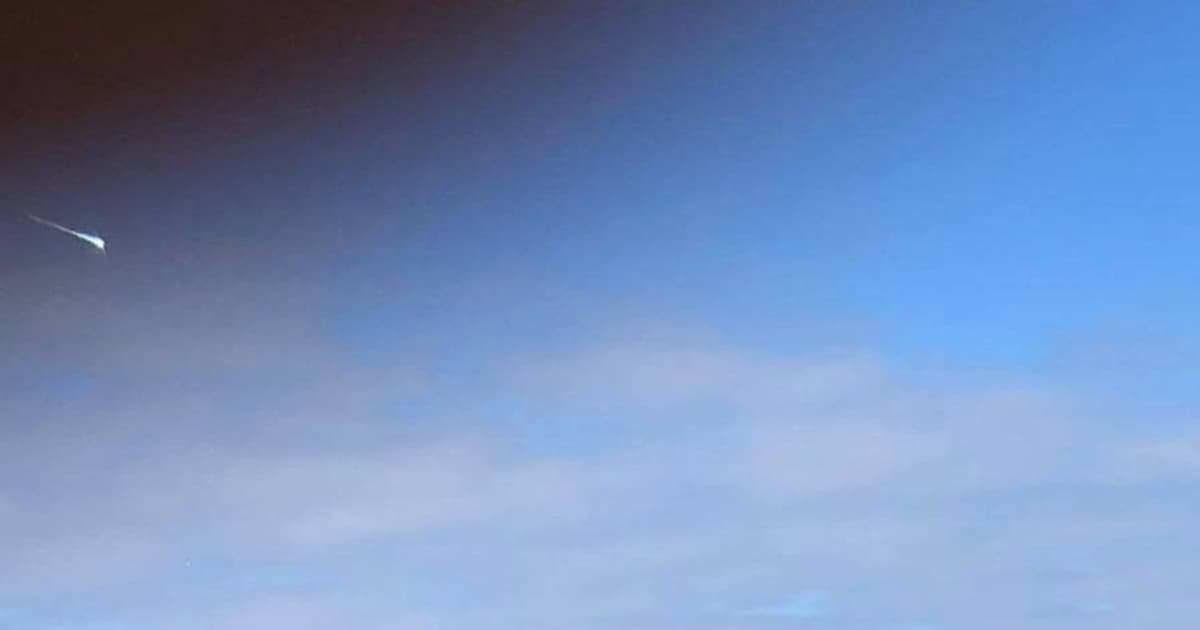 Researchers say the meteor “would have been going faster than the speed of sound.”

Researchers say the meteor “would have been going faster than the speed of sound.”

A rare meteor soared across the skies of southern England on Saturday causing a sonic boom loud enough to shake people’s homes.

The fireball streaked across the sky over Dorset, Somerset, Devon, and Jersey on Saturday afternoon, according to the BBC. Though it was daytime, the meteor was bright enough to be spotted by those below. It was followed by a booming noise that was so loud it shook houses and rattled windows.

Listen to it yourself in the clip below:

We heard it at East Fleet Touring Park in Weymouth. Sounded much louder in real life than on the clip. pic.twitter.com/mxjwI6Do6E

The fireball is said to have been an extremely rare "bolide class" meteor, according to the BBC. This describes a meteor that’s so bright that it’s capable of being seen during the day.

Watch Out For Space Rocks

Some researchers are excited that they could soon get fresh meteorite samples, especially since a boom occurred.

According to Dr. Ashley King of the UK Fireball Alliance, an organization of meteorite enthusiasts and hunters, the meteor "would have been going faster than the speed of sound."

"Normally when you hear that it’s a good sign that you have some rocks that have made it to the surface," King said to the BBC. "It’s incredibly exciting and I’m a bit stunned."

The UK Fireball Alliance urges anyone in the southern England region to keep an eye out for potential meteorite fragments that might have landed. Who knows? If you live in the area, it might have even landed near your house like the UK couple who found pieces of space rock in their driveway.

More on meteorites: A Meteorite Fell in This Area and Everybody is Looking for It

An Ultra-Rare Crystal Is Found in a Meteorite, Revealing a Bizarre Form of Matter
12. 9. 16
Read More
International Salad Station
Astronauts Prepare to Grow Juicy Dwarf Tomatoes in Space
Yesterday
Read More
Stratego AI
Google Teaches AI to Play Stratego and It Becomes One of the World's Top-Rated Players
Yesterday
Read More
+Social+Newsletter
TopicsAbout UsContact Us
Copyright ©, Camden Media Inc All Rights Reserved. See our User Agreement, Privacy Policy and Data Use Policy. The material on this site may not be reproduced, distributed, transmitted, cached or otherwise used, except with prior written permission of Futurism. Articles may contain affiliate links which enable us to share in the revenue of any purchases made.
Fonts by Typekit and Monotype.