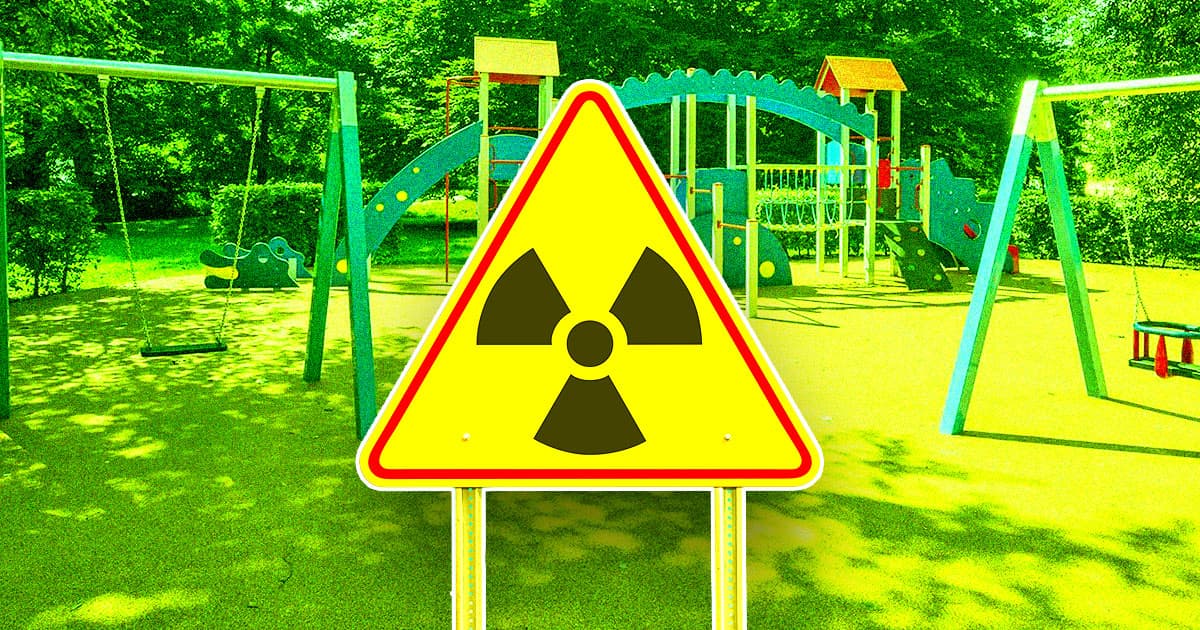 An elementary school in the suburbs of St. Louis had a rude awakening when scientists discovered that the school grounds had "unacceptable" levels of radioactive contamination, according to a recent independent report by the Boston Chemical Data Corporation, a company that specializes in environmental testing.

Worst of all, the contamination dates back to the Manhattan Project, the United States' efforts to develop nuclear weapons during World War II, which culminated in the creation of several types of atomic bombs.

The affected school, Jana Elementary, borders on the Coldwater Creek, which has been long known to be contaminated by nuclear waste.

"The wastes in the creek come from residues of the Manhattan Engineering District Project," Marco Kaltofen, author of the report, told CNN.

"Many properties in this area get tested with some regularity," he added. "Unfortunately, when Coldwater Creek floods its banks, some of that radioactive material is deposited on neighboring land, such as the school."

As per the report, the radioactive contamination found at Jana Elementary had high levels of thorium-230, which "emits highly damaging alpha radiation."

Other radioactive isotopes such as lead-210 were found to be up to 22 times higher than the expected background radiation, levels that were "entirely unacceptable," according to the report.

In December, well before the report was published, residents expressed frustration over the completion date of the river's cleanup project conducted by the Army Corps of Engineers, which was pushed back to 2038.

The Corps had already shared findings on the river's potential contamination of the school earlier this year, but did not collect samples from the school grounds, according to a lawsuit examined by the St. Louis Post-Dispatch, which also alleges that the Corps "downplayed the contamination."

The distrust of the Corps' findings by community members led to the independent investigation conducted by Boston Chemical.

Still, the Corps is adamant that its findings indicate the school is safe. Philip Moser, program manager of the Corp's cleanup program in St. Louis, said that he was "appalled" by the independent report, as quoted by the Post-Dispatch.

"It’s just not consistent with the way we are supposed to do business," he added. "I already have questions about the conclusions."

Lil Dudes
Something Cool Is Happening to the Frogs at Chernobyl
Oct 3
Read More
Circle of Life
Hooray! The Great Pacific Garbage Patch Has Become a Thriving Ecosystem, Scientists Say
May 1
Read More
Sinking City
Indonesia Is Switching Capital Cities Because the Old One Is Sinking Into the Ocean
Jan 28
Read More
+Social+Newsletter
TopicsAbout UsContact Us
Copyright ©, Camden Media Inc All Rights Reserved. See our User Agreement, Privacy Policy and Data Use Policy. The material on this site may not be reproduced, distributed, transmitted, cached or otherwise used, except with prior written permission of Futurism. Articles may contain affiliate links which enable us to share in the revenue of any purchases made.
Fonts by Typekit and Monotype.