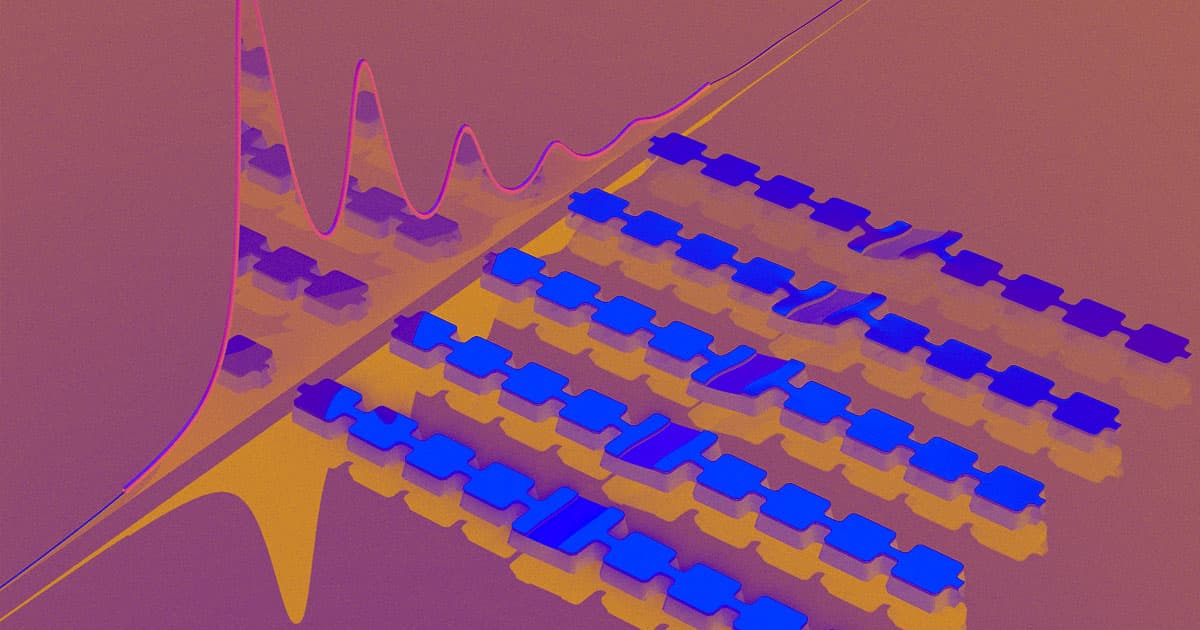 This "Quantum Microphone" Can Listen to a Single Sound Particle

Researchers at Stanford University have developed a "quantum microphone" that's sensitive enough to measure the individual particles of sound known as "phonons."

Phonons are individual packets of vibrational energy that often manifest as sound or heat. But measuring individual phonons, according to Stanford, has been impossible until now.

"One phonon corresponds to an energy ten trillion trillion times smaller than the energy required to keep a lightbulb on for one second," said graduate student Patricio Arrangoiz-Arriola, a co-first author of the study, that was published in the journal Nature on Wednesday.

Rather than sound moving a membrane inside an ordinary microphone, the quantum microphone uses supercooled resonators, according to Stanford — so small they can only be seen through an electron microscope — that act as a "mirror of sound."

The device could lay the groundwork for a new way to store information encoded as phonons rather than relying on photons which current quantum computers rely on for encoding information. That could make future mechanical quantum computers even more compact and efficient as phonons are easier to manipulate and have much smaller wavelengths than light particles.

"Sound has this granularity that we don’t normally experience," Safavi-Naeini said. "Sound, at the quantum level, crackles."