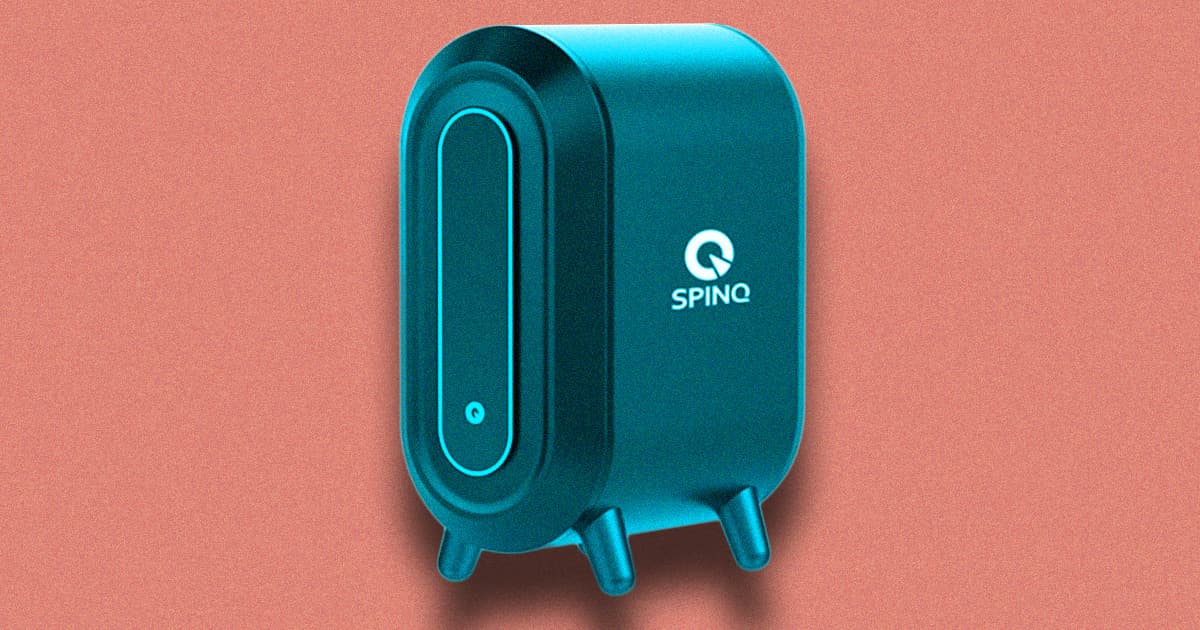 This Quantum Desktop Computer Can Be Yours for Just $5,000

You can now own a quantum computer in your home.

You can now own a quantum computer in your home.

A startup based in Shenzhen, China, called SpinQ has unveiled a quantum computer that can fit on a desk — and it costs less than $5,000, as Discover Magazine reports.

That's only a tiny fraction of the price tag of powerful quantum computers that have come before it, including D-Wave's first commercially available quantum computer system that cost around $10 million when it went on sale in 2011. It may be a sign of things to come in the world of quantum computing — or it could be an impractical dead end for wealthy hobbyists.

The hefty 121 pound desktop computer is a scaled down version of the kind of quantum computers found at research institutions and universities, according to Discover. It can process just two qubits, the basic unit of quantum information that is the equivalent of the ones and zeros, or bits, used by a conventional computer.

Despite the simplified approach, SpinQ's computer can still complete some basic quantum calculations once hooked up to a conventional computer, the company says, for instance allowing it to search through databases far more quickly.

SpinQ's computer relies on nuclear magnetic resonance, the process of trapping molecules in powerful magnetic fields and blasting them with pulses of radio frequencies to change the spin state of their individual atoms.

Each pulse gives the atoms a new state, according to Discover, the rough equivalent of going from zero to one or vice versa in a conventional computer. These changes in spin can then change the spin of other neighboring atoms, allowing it to simulate mathematical operations.

That approach to quantum computing has been around since at least the 1990s, according to Discover, when it was used in medical imagery. It does however come with its limitations and will never be able to match the computing power of much larger quantum computers.

Aliens, Autonomous Cars, and AI: This Is the World of 2118
1. 11. 18
Read More
Navy to Shell Out $11 Million on D-Wave Quantum Computer
5. 18. 16
Read More
Leading In Quantum Computing: Australia Opens New Lab in Sydney
5. 11. 16
Read More
+Social+Newsletter
TopicsAbout UsContact Us
Copyright ©, Camden Media Inc All Rights Reserved. See our User Agreement, Privacy Policy and Data Use Policy. The material on this site may not be reproduced, distributed, transmitted, cached or otherwise used, except with prior written permission of Futurism. Fonts by Typekit and Monotype.