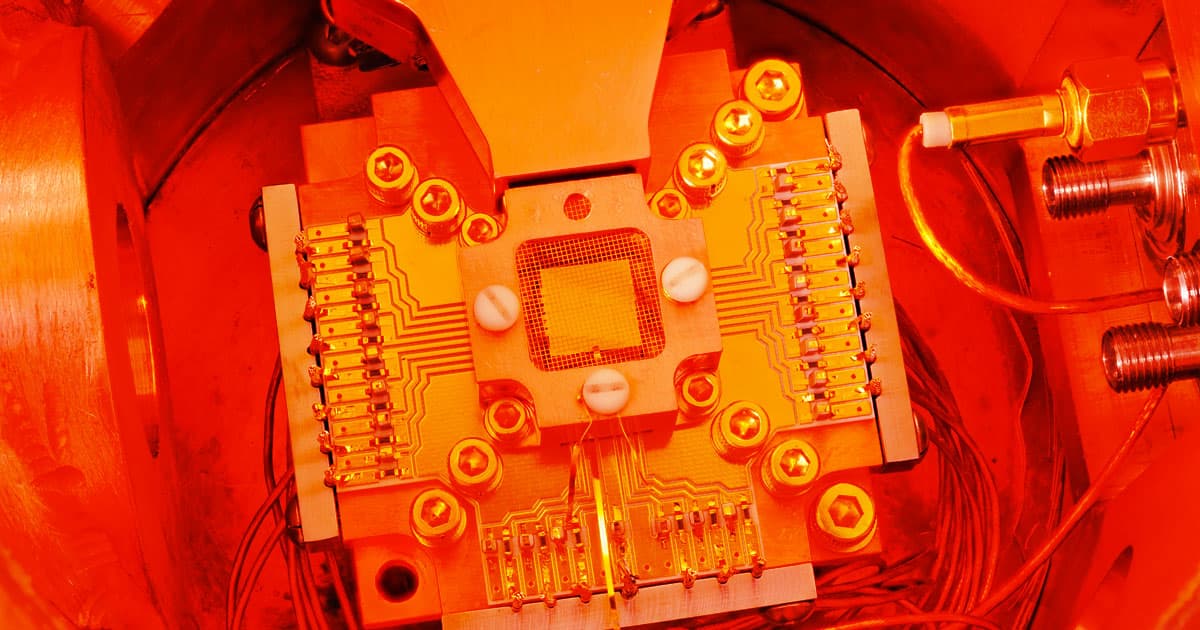 Next stop: the desk of President Trump.

Next stop: the desk of President Trump.

If there's one thing U.S. politicians can almost unanimously agree on, it's apparently the importance of quantum computing.

On Wednesday, the U.S. House of Representatives voted 348-11 to pass the National Quantum Initiative Act, a bill designed to streamline and accelerate the nation's quantum computing efforts. The bill had already received unanimous approval in the Senate, and its next stop is the desk of President Donald Trump, who is expected to sign the act into law.

If that happens, the U.S. will devote more than $1.2 billion to quantum computing research and development over the next five years.

Quantum computers harness characteristics unique to the subatomic world to process information more quickly than classical computers. The technology is still in its infancy, but researchers across the world are racing to develop usable quantum machines — for compelling reasons.

Quantum computing has the potential to improve a nation's cybersecurity and intelligence operations, as well as boost its economy through the development of new technologies. The first country to harness the power of quantum computing will have a huge advantage over others, and the National Quantum Initiative Act could help the U.S. be that nation.

Highlights of the quantum computing bill include the establishment of a National Quantum Initiative Program to advance the research and development of quantum computing in the U.S. over the next 10 years, as well as the creation of two to five National Quantum Information Science Research Centers within the Department of Energy. Each of those centers will receive $25 million in funding annually for the next five years to go toward conducting basic research.

The bill also establishes a National Quantum Coordination Office housed under the White House’s Office of Science and Technology Policy and a National Quantum Initiative Advisory Committee to advise the president on all things quantum computing.

The U.S. isn't the only nation hoping to emerge as the world leader in quantum computing — China, Russia, and several others are working toward the same goal — but the passage of this quantum computing bill could bolster the U.S.'s chances of reaching it first.

More on quantum computing: The World’s First Practical Quantum Computer May Be Just Five Years Away

Quantum Supremacy
US Sanctions Chinese Quantum Computing Firms for... Reasons
11. 29. 21
Read More
Quantum Solutions
Chinese Scientists Say They Now Have the World's Most Powerful Quantum Computer
7. 6. 21
Read More
The World’s First Practical Quantum Computer May Be Just Five Years Away
9. 21. 18
Read More
+Social+Newsletter
TopicsAbout UsContact Us
Copyright ©, Camden Media Inc All Rights Reserved. See our User Agreement, Privacy Policy and Data Use Policy. The material on this site may not be reproduced, distributed, transmitted, cached or otherwise used, except with prior written permission of Futurism. Articles may contain affiliate links which enable us to share in the revenue of any purchases made.
Fonts by Typekit and Monotype.