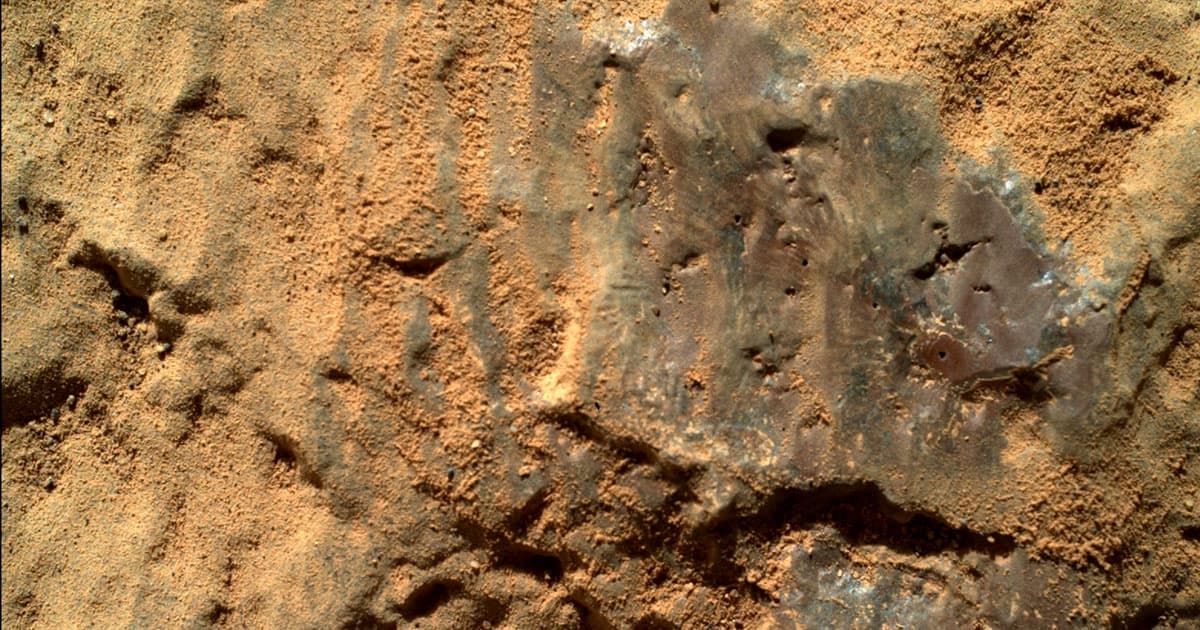 "I don’t really have a good answer for you."

"I don’t really have a good answer for you."

Color Out of Space

The Red Planet might need to update its name after NASA discovered a weird purple veneer coating a bunch of Martian rocks.

The Perseverance rover found evidence of this mysterious coloring on rocks at almost every site the craft has visited on Mars, National Geographic reports. The purple rocks have appeared in a variety of shapes and sizes — and NASA isn’t sure why it’s happening.

"I don’t really have a good answer for you," Ann Ollila, a geochemist at Los Alamos National Laboratory who presented data about the purple rocks at a recent American Geophysical Union (AGU) conference, told the magazine.

Researchers are continuing to analyze the coating to see if they can uncover its origins. Some experts believe its chemical makeup could clue us in on Mars’ ancient environment.

Since living organisms have created colored rock coatings on Earth before, there's also the extremely far fetched possibility that it could be an indicator of life on the Red Planet — but there’s still far more research to be done.

The colors are especially unique because researchers haven’t seen them appear with such frequency before. In fact, this is the first rover mission to uncover these purple patches.

However, Perseverance’s sophisticated Mastcam-Z camera has allowed Earth-bound researchers to study the coatings through "the scientific eyes of the rover," Bradley Garczynski, PhD student of planetary science at Purdue University and helped present the data to AGU, told NatGeo.

Scientists now hope that the rocks can eventually be brought back to Earth where they’ll be able to analyze and reach a definitive conclusion about the purple coating’s origins. Let’s just hope that it doesn’t turn out to also be a horrible alien fungus that destroys humanity.

More on Mars: Scientists Extremely Intrigued by Possible Sign of Life on Mars