Scientists Extremely Intrigued by Possible Sign of Life on Mars 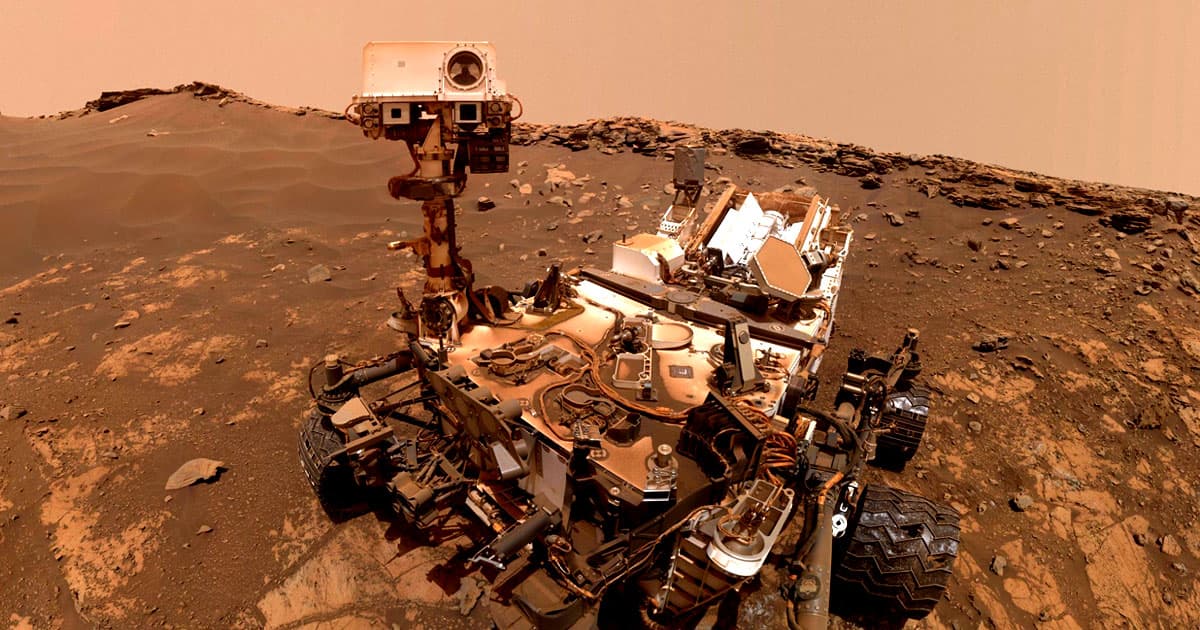 Despite having landed on Mars almost a decade ago, NASA's Curiosity rover is still making fascinating new discoveries — and the latest is a real doozy.

Scientists say they've found highly "intriguing" carbon signatures in samples taken by the rover on Mars that may be "associated with biological processes," according to a NASA statement. In other words, it's potential — though still improbable — evidence of life on Mars.

The researchers, from NASA and other institutions, examined 30 drilled rock samples, mostly comprised of powder, collected by the rover between 2012 and 2021, for a new study published in the journal Proceedings of the National Academy of Sciences.

They found distinct organic molecules that have been associated with life on Earth, including carbon-12 isotopes, which are used by Earth-based organisms to metabolize food or photosynthesize.

The alluring theory is that ancient bacteria may have released methane into the atmosphere. UV rays then turned it into more complex molecules, which would rain back down to the surface and be preserved in rock.

"On Earth, processes that would produce the carbon signal we’re detecting on Mars are biological," said Christopher House, lead author and researcher at Penn State, in the statement.

But the scientists are far from calling it definitive proof of Martian life.

The natural next step: rule out any other explanations.

"So we're looking at what else could have caused the carbon signature we're seeing, if not life," he added.

A major part of that process is overcoming our prejudices as Earth-based organisms.

"The hardest thing is letting go of Earth and letting go of that bias that we have and really trying to get into the fundamentals of the chemistry, physics and environmental processes on Mars," said Jennifer Eigenbrode, astrobiologist at NASA's Goddard Space Flight Center and co-author.

"We need to open our minds and think outside the box," she added, "and that’s what this paper does."

More on life on Mars: NASA's Chief Scientist Quits, Says He Has a Plan to Terraform Mars