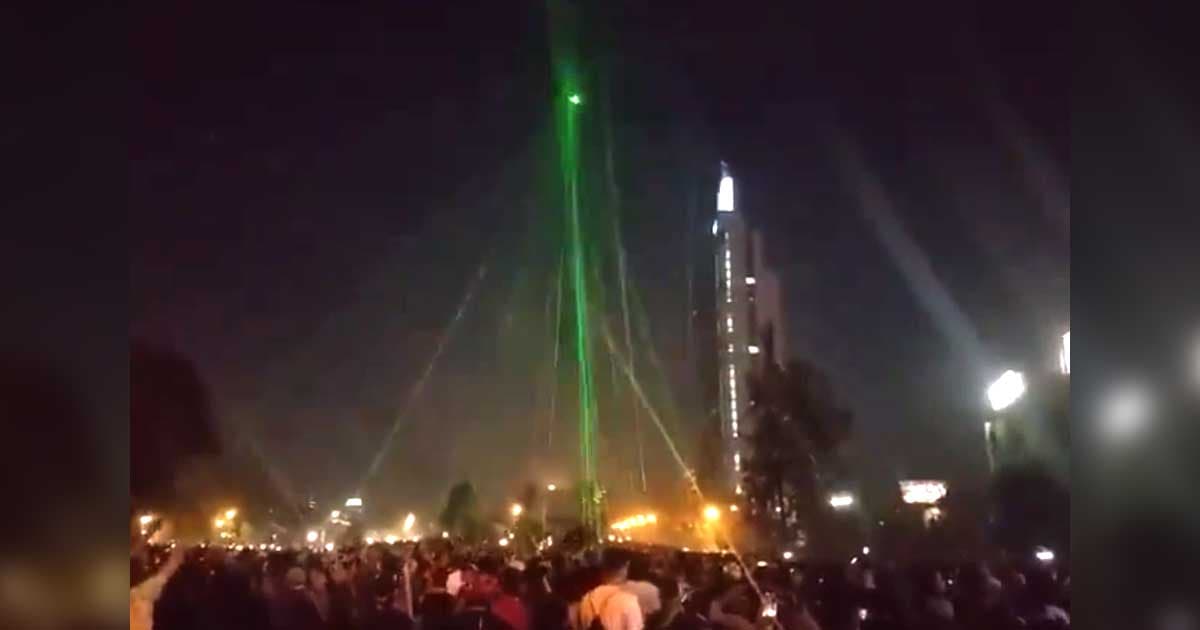 In response to rising public transit costs, Chileans have taken to the streets in ongoing protests that have now evolved to encompass broader concerns about inequality — and they're using high-tech tricks to push police back.

Particularly, a police drone was disabled and fell to the ground after hundreds of protestors aimed their laser pointers at it, according to NextGov. The impromptu light show, captured on video, provides a poignant illustration of an on-going, futuristic arms race.

The Chileans aren't the first protestors to disable police tech with lasers: the Hong Kong protests used lasers to shut down surveillance cameras equipped with facial recognition tech. Nor are they the first to use lasers to disable drones — it's an increasingly-common military technique, though those lasers are more powerful.

In this case, the lasers probably didn't burn through the drone as a military laser cannon might. Rather, NextGov reports that the lasers likely blinded either a human pilot's camera feed or interfered with the drone's built-in altitude sensors and forced an emergency descent.

Christopher Williams, the CEO of the military tech contractor Citadel Defense Company, pushes back against the idea that laser pointers will become a common anti-surveillance tool.

"There are many other technologies that are less disruptive that provide a superior, more scalable, more reliable and more cost-effective countermeasure," he told NextGov.

However, it's not clear which of those technologies could become as ubiquitous for protestors on the street as a consumer laser pointer.

More on drone lasers: The Military Is Mounting Laser Weapons on Tanks