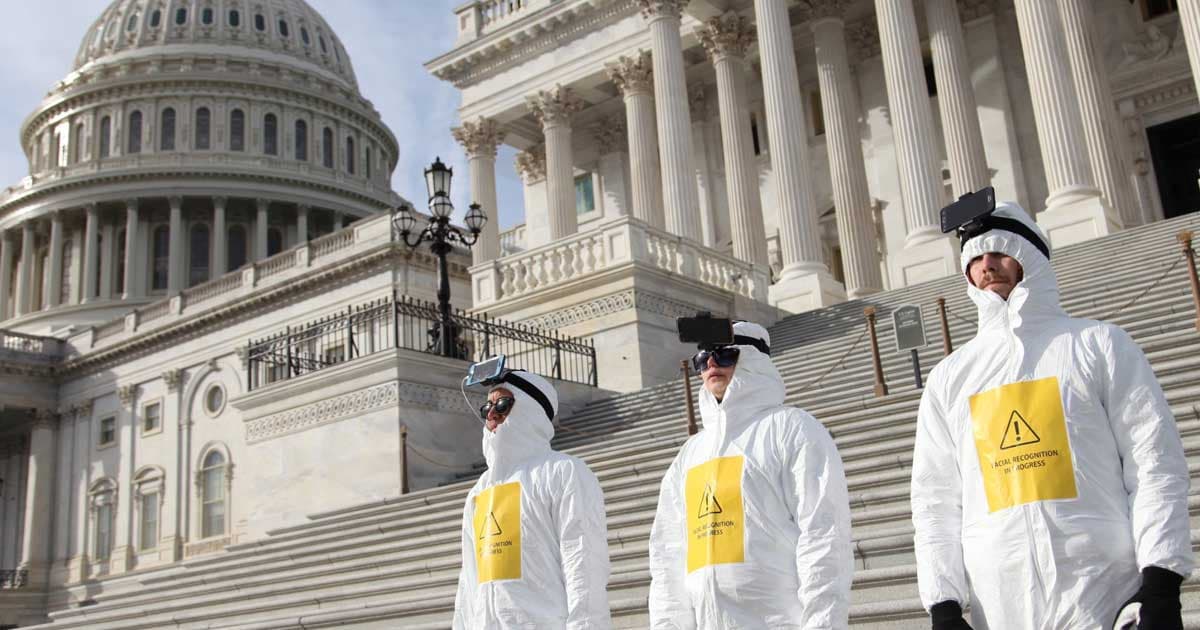 They donned hazmat suits to warn of the dangers of facial recognition.

They donned hazmat suits to warn of the dangers of facial recognition.

Three activists with cameras mounted to their heads scanned the faces of more than 13,000 people in Washington, D.C., on Thursday as part of a protest organized by digital rights group Fight for the Future.

"This should probably be illegal," Fight for the Future's deputy director Evan Greer said in a press release, "but until Congress takes action to ban facial recognition surveillance, it’s terrifyingly easy for anyone — a government agent, a corporation, or just a creepy stalker — to conduct biometric monitoring and violate basic rights at a massive scale."

Fight for the Future livestreamed the protest, keeping a tally of the number of faces its hazmat suit-clad activists scanned using Amazon's controversial Rekognition software.

The protestors specifically targeted areas around Capitol Hill as they were hoping to identify lobbyists, journalists, and congresspeople. In the end, they managed to scan 13,740 faces — 25 of which belonged to lobbyists, seven to journalists, and one to Democratic Rep. Mark DeSaulnier of California.

Face in the Crowd

Anyone who was in the D.C. area on Thursday can upload a photo of themselves to Fight for the Future's Scan Congress website to see if the activists scanned their face. The group will delete those photos — as well as the biometric data it collected — in two weeks.

"We did this to make a point," Greer said, before adding that "someone else could use the same technology to do unimaginable harm."

More on Rekognition: Protesters Interrupt Amazon Event to Decry Its Work With ICE