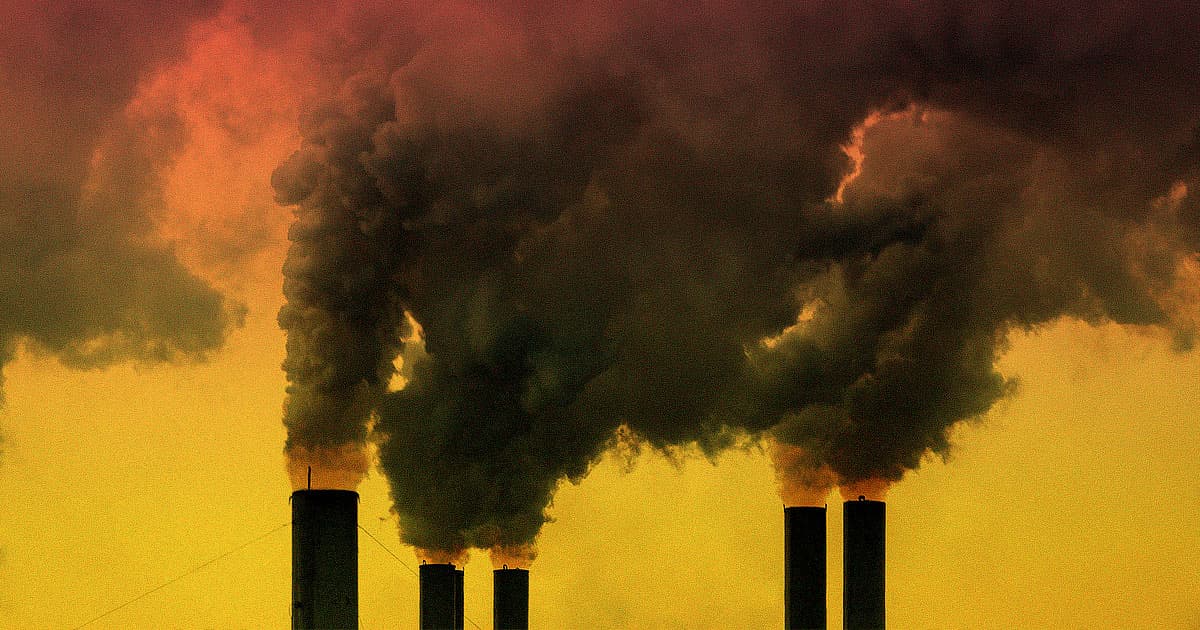 "Why do we condemn today's children and future generations to live on a dangerous and hostile planet?"

"Why do we condemn today's children and future generations to live on a dangerous and hostile planet?"

We live in a technologically advanced global society and we've known about climate change for decades. So why, as a group of professors posit in a damning essay for The Conversation, are we "choosing to destroy" our planet — and with it, ourselves?

The essay was written as the world prepares for the upcoming COP27 conference, the latest of the UN's annual climate change summits. The academics, who hail from the University of Newcastle and the University of Sydney, aren't exactly optimistic that world leaders will actually get anything done this time around.

"Like watching a slow-motion train crash, the world's leading climate scientists have for decades warned of the dangers of ever-increasing greenhouse gas emissions," they write, referencing the fact that the US government and Exxon have each been aware of the potential for manmade climate catastrophe since the 1970s. "Why do we condemn today's children and future generations to live on a dangerous and hostile planet?"

Their answer is alarming.

"Fossil fuel hegemony," the experts write, referring to what they consider to be a "prevailing assumption organized by corporate and political elites" that "endless economic growth fueled by fossil energy is so fundamental and commonsensical it cannot be questioned."

In other words, fossil fuel reliance is so widely accepted that it's become a both lived and ideological way of global life. Fossil fuels, under this hegemony, aren't just tools. They're a "natural state of being," and to question their dominance is to question the fabric of society.

Indeed, this hegemony has proven to be a powerful political tool. Just look at how former president Donald Trump was able to galvanize the working class with his promise to reinvigorate the coal industry. The facts went out the door, and coal became a symbol for a way of life that once was — and by Trump's logic, a world that was taken away. (Trump was unable to "bring back" the coal industry, because coal is a dwindling, nonrenewable, and increasingly non-viable resource.)

The experts did offer some tangible solutions to this deeply complicated — and dire — global issue. Ultimately, though, they say the answer has to be rooted in degrowth, or a "planned and equitable contraction of rich economies" until sustainability can be reasonably achieved.

But that, as we've held witness to for decades now, has been out of reach since 1977.

READ MORE: A technologically advanced society is choosing to destroy itself. It's both fascinating and horrifying to watch [The Conversation]