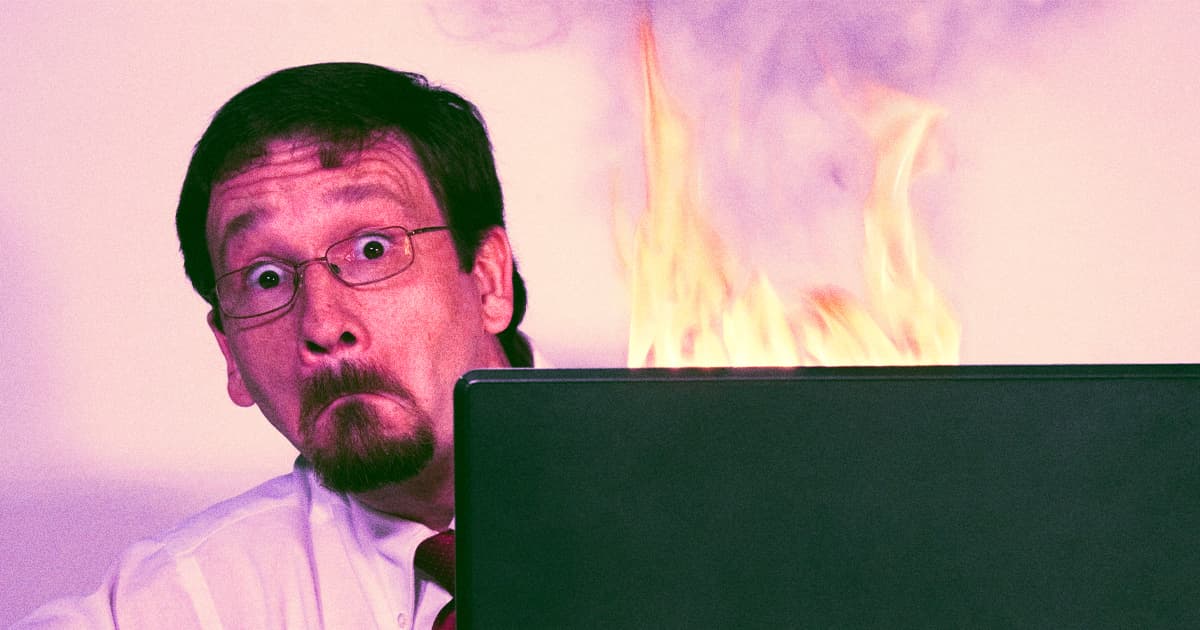 Professor Predicts That This Whole Internet Thing Will Soon Blow Over

At a certain point, everyone's gonna get tired of being online — or so goes the argument of one Dutch professor who thinks that eventually, the bad is going to outweigh the good and we'll all finally get to log off.

In a paper titled "Extinction Internet" with accompanying illustrations that would be at home in an old copy of Adbusters, University of Amsterdam professor and media theorist Geert Lovink poses a question for our age: "Can today’s internet culture withstand entropy and overcome infinite capture while facing its never-ending ending?"

As the baby boomer aged Geerts writes in the paper, which was published by the school's Institute of Network Cultures, his generation "found out early that the internet... is both toxic and curative." While his cohort marveled in fascination at that juxtaposition, subsequent generations have become increasingly disenchanted, he argues — and, perhaps more importantly, have become more and more convinced that the internet cannot be fixed.

"There may come a point when that’s no longer possible, after which time the adverse consequences can no longer be controlled," Lovink said in the school's press release. "The internet is headed for a point of no return, and Big Tech is probably already aware of this, too."

"Mark Zuckerberg has moved away from his social media platforms and launched Meta," he added, "as if nothing’s wrong and we can just start over again, but it’s clearly already broken."

Geerts holds that such a point of no return — a "peak internet" moment, if you will — is steadily approaching because, as the release notes, "even 'ordinary' users increasingly have to pay a price for our far-reaching dependence on the internet and addiction to social media and apps."

Ultimately, Lovink says that he believes "people will begin to shun technology" as these prices, which are primarily psychological," begin to cost too much for the average user.

It's a tempting theory, to say the least. In reality, though, it's tough to imagine any serious number of people ever unplugging themselves from something so addictive, no matter how harmful it gets.