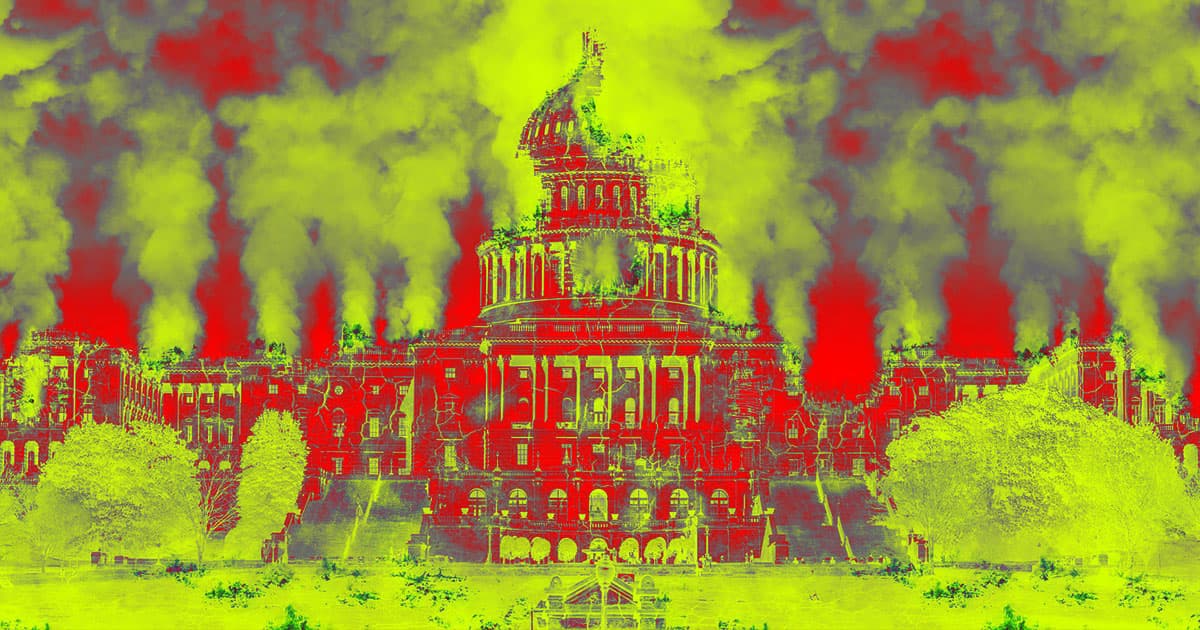 Prominent Researcher Predicts That Democracy Is Going to Collapse

"In sum, the majority of Americans are generally unable to understand or value democratic culture, institutions, practices or citizenship in the manner required."

"In sum, the majority of Americans are generally unable to understand or value democratic culture, institutions, practices or citizenship in the manner required."

Democracy may be on its way out, to be replaced by far-right populism and authoritarianism.

Shawn Rosenberg, a prominent psychologist at the University of California, Irvine shocked the crowd at a recent meeting of the International Society of Political Psychologists by arguing that "democracy is devouring itself," Politico reports. Ultimately, he doesn't believe that everyday people are up to the task of keeping it running.

In Rosenberg's presentation, he pointed to the rising influence of far-right populism in Brazil, the U.S., the U.K., and across Europe as a troubling sign that authoritarian governments have become more appealing to everyday people than the notion of active civic duty.

"In well-established democracies like the United States, democratic governance will continue its inexorable decline and will eventually fail," he told the crowd.

Rosenberg argued that active participation in a democracy requires thoughtfulness, discipline, and the ability to parse propaganda from valid information, Politico reports. Ironically, with the emergence of a more democratized internet, people are turning to social media — where they absorb posts that confirm their existing political biases — over more reputable sources of information.

"In sum, the majority of Americans are generally unable to understand or value democratic culture, institutions, practices or citizenship in the manner required," Rosenberg concluded. "To the degree to which they are required to do so, they will interpret what is demanded of them in distorting and inadequate ways."

More on democracy: We’ve Seen What Bots Do to Democracy. Are We Adapting Fast Enough?

Elonely Planet
Elon Musk Shares Incredibly Stupid Meme Stolen from iFunny
Apr 28
Read More
Brands We Love
Get Help From a Mental Health Professional Without Leaving Your Home
1. 5. 21
Read More
Helpful Hemp
Seven Ways Cannabis Legalization Will Make the Future Better
4. 10. 19
Read More
+Social+Newsletter
TopicsAbout UsContact Us
Copyright ©, Camden Media Inc All Rights Reserved. See our User Agreement, Privacy Policy and Data Use Policy. The material on this site may not be reproduced, distributed, transmitted, cached or otherwise used, except with prior written permission of Futurism. Articles may contain affiliate links which enable us to share in the revenue of any purchases made.
Fonts by Typekit and Monotype.