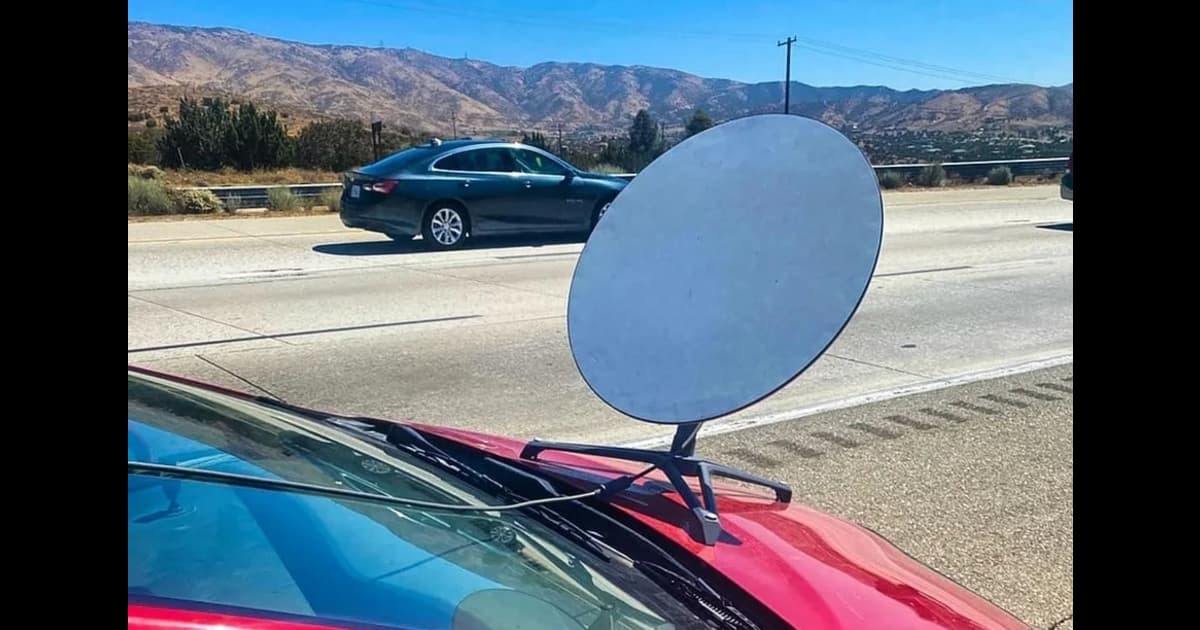 That’s one way to get a Wi-Fi connection.

That’s one way to get a Wi-Fi connection.

The California Highway Patrol (CHP) stopped a person driving a Toyota Prius with what appeared to be a Starlink dish attached to its hood.

The police officers ticketed the driver for mounting the large satellite dish to his car, saying that it obstructed the driver’s view, according to The Verge.

"Sir I stopped you today for that visual obstruction on your hood," said a Facebook post from the Antelope Valley CHP quoting the responding officer. "Does it not block your view while driving?"

The driver replied, "Only when I make right turns."

A spokesperson for the CHP told CNBC that the driver used the satellite in order to get WiFi for a business they ran out of their car. Now, they probably would be better served using a hot spot like every other on-the-go remote worker.

SpaceX has not commented on the incident.

While the driver mounting it to their car’s hood is a bit of a head scratcher, it’s not entirely surprising considering that Musk has made past comments about users being able to do this exact thing.

"The antenna for that high-bandwidth, low-latency thing is sort of about the size of a medium pizza, which you could put on a car, but I think is more bandwidth than you would really need," Musk said in a 2020 earnings call, according to The Verge. "Technically, you could buy one and just stick it on the car."

It should go without saying that you definitely should not stick it on your car’s hood — but we can definitely expect more hijinks involving Starlink dishes in the future as it's rolled out to more users.

More on Starlink: SpaceX Could Cut Your Starlink Internet Service If You Pirate Movies