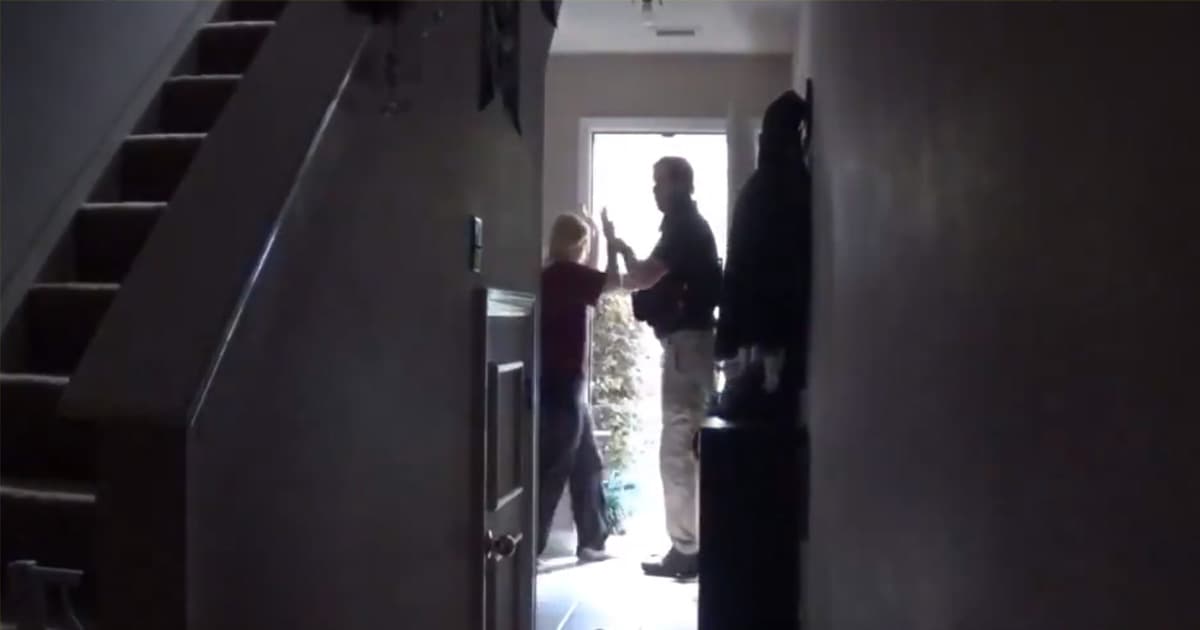 Cops pushed into her home and pointed guns at her children.

Cops pushed into her home and pointed guns at her children.

On Monday, Florida state police raided the home of Rebekah Jones, a data scientist who worked for the Florida Health Department until she was fired earlier this year for what she said amounted to covering up case and fatality numbers to justify reopening the state. Police barged into her home and seized her computer, pulling their guns on her children in the process.

The justification for the raid sounds shockingly flimsy, though there are still unknowns surrounding the case, according to Techdirt. Jones suggests that the raid was meant to be an act of intimidation because she continued to publish information on how COVID-19 was spreading in Florida after refusing to manipulate data for the state.

1/
There will be no update today.

At 8:30 am this morning, state police came into my house and took all my hardware and tech.

They were serving a warrant on my computer after DOH filed a complaint.

Because the state government wouldn’t let Jones accurately report how Florida was handling the coronavirus, she launched Florida COVID Action, a dashboard that shows confirmed infections, deaths, and other data for the state.

It’s that dashboard, Jones claims, that got her in trouble. She suggested that Governor Ron DeSantis specifically wanted to silence her and prevent her from doing her work.

They took my phone and the computer I use every day to post the case numbers in Florida, and school cases for the entire country.

They took evidence of corruption at the state level.

They claimed it was about a security breach.

He sent the gestapo.

The police’s search warrant claims that Jones had accessed an emergency alert system to broadcast an ominous message about 17,000 deaths — a claim she denied to Techdirt. And lots of people had access to the system, suggesting that the raid may have been punitive in nature and used as a justification to target Jones.

“The number of deaths that the person used wasn’t even right,” Jones said. “They were actually under by about 430 deaths. I would never round down 430 deaths.”

More on Florida: TX and FL Are Closing Bars Back Down After Opening Way Too Soon

Sexy Masks
Study: Face Masks Make People Look More Attractive
Jan 13
Read More
Trigger Happy
Man Bursts Into Flames After Being Tased by Police
11. 8. 21
Read More
Stranded
Man Lost at Sea for 30 Days Says It Was a “Nice Break” From Pandemic
10. 8. 21
Read More
+Social+Newsletter
TopicsAbout UsContact Us
Copyright ©, Camden Media Inc All Rights Reserved. See our User Agreement, Privacy Policy and Data Use Policy. The material on this site may not be reproduced, distributed, transmitted, cached or otherwise used, except with prior written permission of Futurism. Fonts by Typekit and Monotype.