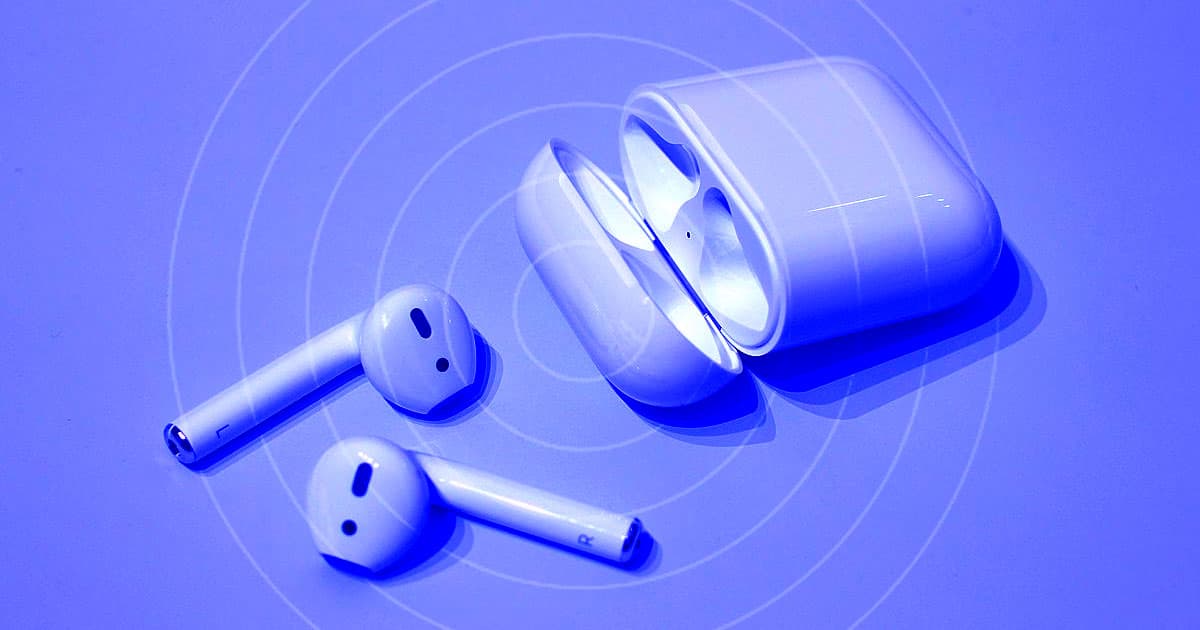 This could set a complicated law enforcement precedent.

This could set a complicated law enforcement precedent.

Philadelphia police reportedly took a novel approach to a kidnapping case: tracking a pair of Apple AirPods left in the car that was allegedly used in the crime.

As Philly's local Fox affiliate reports, the city's Special Victims Unit found a kidnapped baby after tracking AirPods the child's mother had left in her car, which was stolen along with the kiddo. Beyond those core claims, however, not a lot of information has been released, including whether the cops tracked the AirPods on the mother's phone or through Apple itself — making the case an ambiguous yet fascinating example of technological surveillance, albeit one with a happy ending.

Though this appears to be one of the first times cops have used AirPod tracking in a kidnapping case, it's not the first time they've used it to find a stolen vehicle.

Earlier this year, nonprofit news outfit Berkeleyside reported that the Alameda County Sheriff's Office found a stolen car and some illegal guns after "using pings from a pair of recently stolen AirPods."

Stalkers, it's worth noting, have been leveraging the power of Apple's location tracking tech since long before the police. A Las Vegas man, for instance, was accused of using the wireless earbuds to stalk a woman last summer.

AirPod tracking is also an extension of the unsettling trend of people stalking others using Apple's AirTags, which are meant to be used to avoid losing person items like keys or luggage. Stories about stalkers tracking their victims using AirTags have become ominously common — and, increasingly, law enforcement agencies have also used the technology to track stolen property as well.

As with any form of digital surveillance, Apple's bespoke tracking software and others like it are a double-edged sword. They can be used to help find lost or stolen items or people, but can also be used to invade others' privacy.

Please Don't
TikTok Caught Planning to Spy on the Locations of Specific American Citizens
10. 21. 22
Read More
Apple Stalker
Man Caught Planting Apple AirTag on Ex Girlfriend's Car to Stalk Her
2. 3. 22
Read More
Tim Apple
Apple CEO Menaced by Armed Stalker Who Thinks She's His Wife
1. 26. 22
Read More
+Social+Newsletter
TopicsAbout UsContact Us
Copyright ©, Camden Media Inc All Rights Reserved. See our User Agreement, Privacy Policy and Data Use Policy. The material on this site may not be reproduced, distributed, transmitted, cached or otherwise used, except with prior written permission of Futurism. Articles may contain affiliate links which enable us to share in the revenue of any purchases made.
Fonts by Typekit and Monotype.