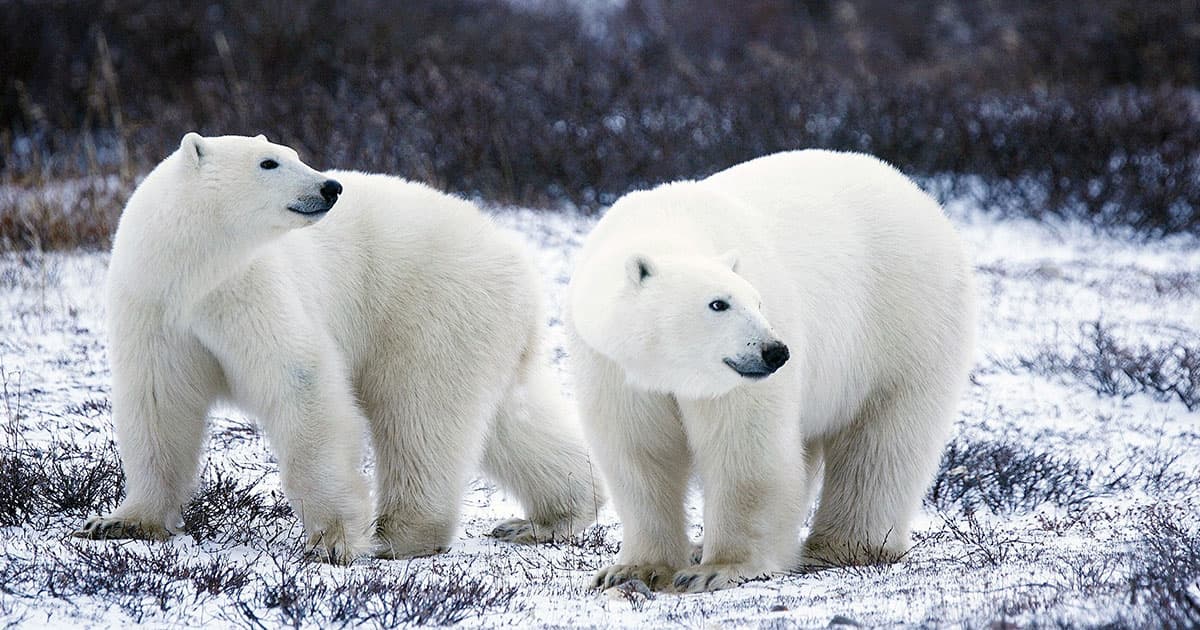 Polar Bears Are Terrorizing a Russian Town Due to Climate Change

They're chasing residents, staring down dogs, and feasting on garbage.

They're chasing residents, staring down dogs, and feasting on garbage.

Arctic polar bears usually live most of their lives out on sea ice, hunting seals for food.

But now climate change is melting the ice, sending the animals onto land occupied by humans in search of sustenance. And that's putting the already-vulnerable species — and thousands of people — directly in harm's way.

According to a story published by Russian news agency TASS on Saturday, a group of at least 52 bears has gathered near the Russian settlement of Belushya Guba in the Novaya Zemlya archipelago, prompting the group of islands to declare a state of emergency.

"I have been in Novaya Zemlya since 1983, but there have never been so many polar bears in the vicinity," local administrative head Zhigansha Musin told TASS.

TASS reports that these bears have chased residents, stared down dogs, and attempted to breach office buildings and personal living quarters — all while feasting on garbage.

"The people are scared," officials wrote in a statement. "They are frightened to leave homes and their daily routines are broken. Parents are afraid to let the children go to school or kindergarten."

It's an unsettling and dangerous situation for the residents of Belushya Guba, and right now, there's not much they can do about it.

The same issue forcing the bears onto land — melting sea ice due to climate change — has also led to a dramatic decrease in the species' global population. This landed polar bears a spot on the World Wildlife Fund's vulnerable species list, and currently, people are forbidden from hunting the animals.

That might not be the case for long, though. If experts can't figure out a non-lethal way to rid the Russian settlement of its polar bear problem, "a cull will remain the only and forced answer," according to TASS.

READ MORE: A ‘Mass Invasion’ of Polar Bears Is Terrorizing an Island Town. Climate Change Is to Blame. [The Washington Post]