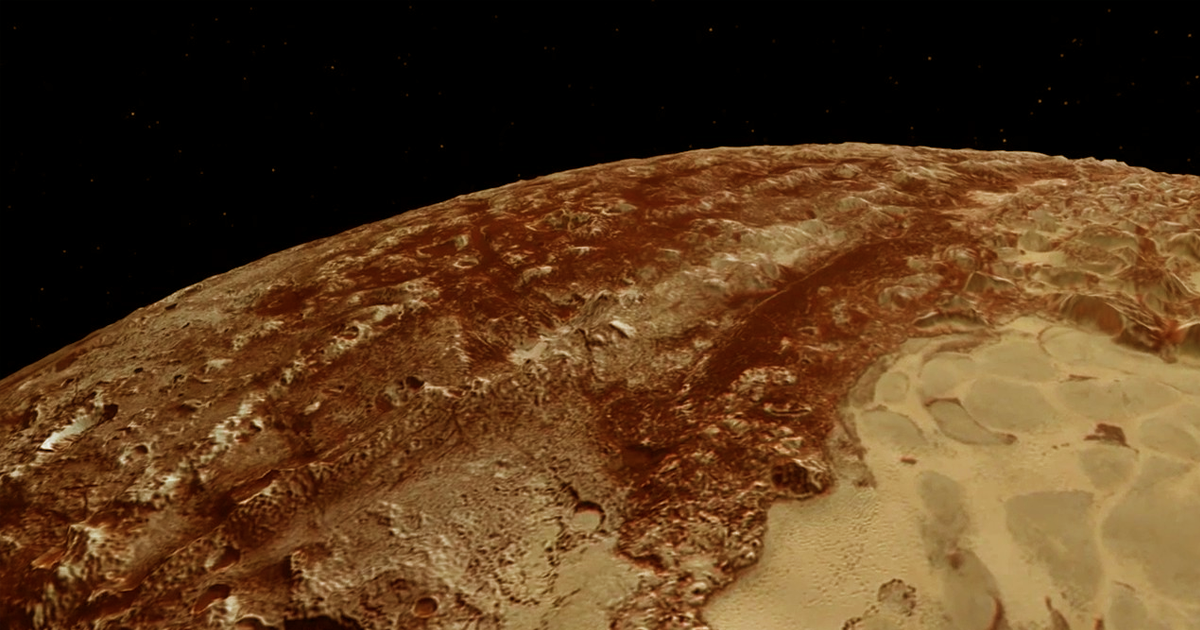 Scientists: Pluto May be Hiding Alien Life in Buried Oceans

Icy worlds across the universe could be covered in liquid-water oceans.

Icy worlds across the universe could be covered in liquid-water oceans.

Japanese scientists say that liquid-water subsurface oceans on Pluto are kept from freezing over thanks to an insulating layer of gas hydrates — a discovery that could mean the distant dwarf planet and other inhospitable habitats could potentially harbor life.

"This could mean there are more oceans in the universe than previously thought, making the existence of extraterrestrial life more plausible," Shunichi Kamata, lead author from Hokkaido University, said in a statement.

Conventional wisdom dictates that oceans found on dwarf planets like Pluto should've technically frozen long ago. But according to the team's computer simulations, which go back about 4.6 billion years — around the time of the formation of the solar system — these oceans would have no chance to ever freeze over.

The new study, published in the journal Nature Geoscience this week, found that it would "only" take one million years to freeze over without an insulating gas layer — but more than one billion years with one.

On Pluto, such a subsurface ocean could still exist to this day thanks to methane and nitrogen gas found in Pluto's atmosphere. Other icy moons could also host such subsurface oceans as well.

READ MORE: Pluto Has a Buried Ocean — And So Might Many Other Worlds [Space.com]

More on dwarf planets: In 11 Years, Pluto’s Atmosphere Will Be Completely Frozen Solid

Jupiter Jokesters
Nitwits Claim Wrongly to Have Disproved the Existence of Jupiter
1. 30. 22
Read More
Free Galileo
Scientists Call for Making Pluto a Planet Again
12. 10. 21
Read More
Ultima Thule
New Horizons Will Fly Past the Most Distant Object We've Ever Visited
12. 22. 18
Read More
+Social+Newsletter
TopicsAbout UsContact Us
Copyright ©, Camden Media Inc All Rights Reserved. See our User Agreement, Privacy Policy and Data Use Policy. The material on this site may not be reproduced, distributed, transmitted, cached or otherwise used, except with prior written permission of Futurism. Articles may contain affiliate links which enable us to share in the revenue of any purchases made.
Fonts by Typekit and Monotype.