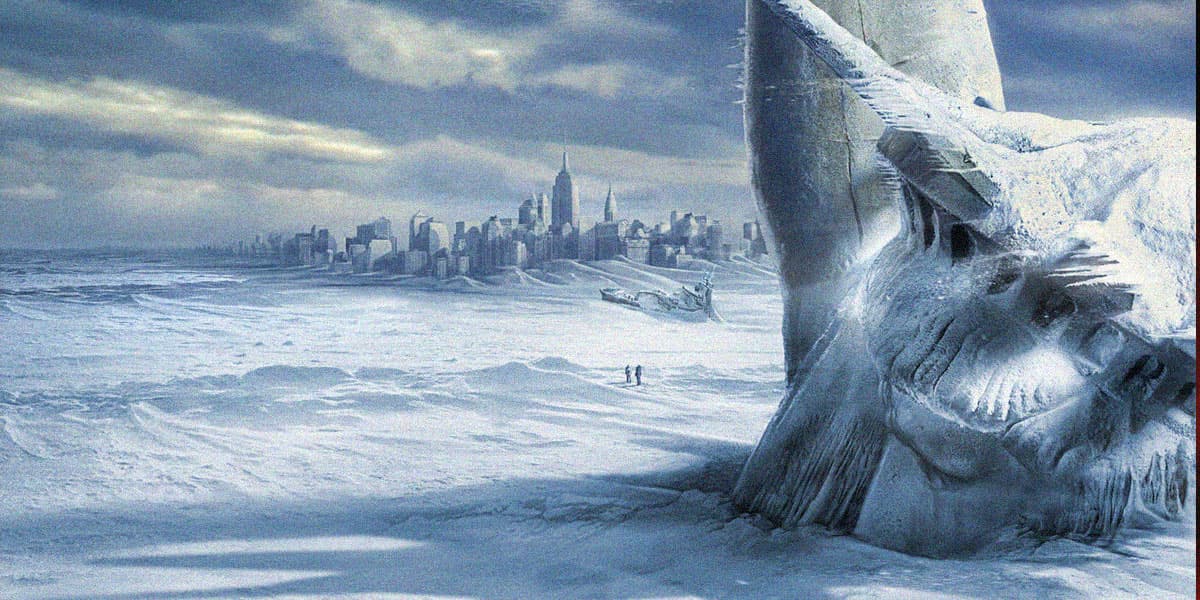 Uh, Uh... The Plot to "The Day After Tomorrow" May Actually Be Happening

While exaggerated, the movie wasn't that far from the truth.

While exaggerated, the movie wasn't that far from the truth.

A recently published study found that the Atlantic Ocean's Atlantic Meridional Overturning Circulation (AMOC), which creates the Gulf Stream, is edging closer to a tipping point, with climate change causing it to weaken over time. If it were to ever shut off completely, much of North America and Europe could be plunged into freezing temperatures for hundreds if not thousands of years.

And as it turns out, that's more or less the plot of the 2004 apocalypse flick "The Day After Tomorrow," as Insider points out. While Hollywood did decide to exaggerate the outcome for dramatic effect, it's a warning call that the environment is very much headed in the wrong direction — meaning we're potentially already living inside a disaster movie.

In a recently published paper, climate scientist Niklas Boers found that it's becoming more and more likely that the AMOC will shut off abruptly.

The system is responsible for circulating warm surface flow from the tropical regions to Europe and Greenland via the Atlantic, where it cools down and sinks to the ocean floor. Without this conveyor belt-like system in action, much of North America's East Coast and Europe would be plunged into a not-quite ice age of freezing temperatures.

The last time the AMOC was shut down, in fact, was during the most recent ice age, caused by a massive ice lake bursting, with a flood of freshwater spilling into the Atlantic.

In "The Day After Tomorrow," climatologist Jack Hall, played by Dennis Quad, warns that climate change could trigger a similar ice age. Oceanographers then notice an abrupt cooling in the Atlantic Ocean, triggering superstorms and the flash-freezing of New York City.

Fortunately, it's an over-dramatization. Boers told Insider that the effect "would take a few decades" and that North America "won't get as cold as the movie suggests."

But it's still a very worrying trend. According to Boers, if the AMOC were to collapse, "it would indeed be very hard to bring it back," he told Insider.