Climate change could plunge the northern hemisphere into a prolonged period of extreme cold. 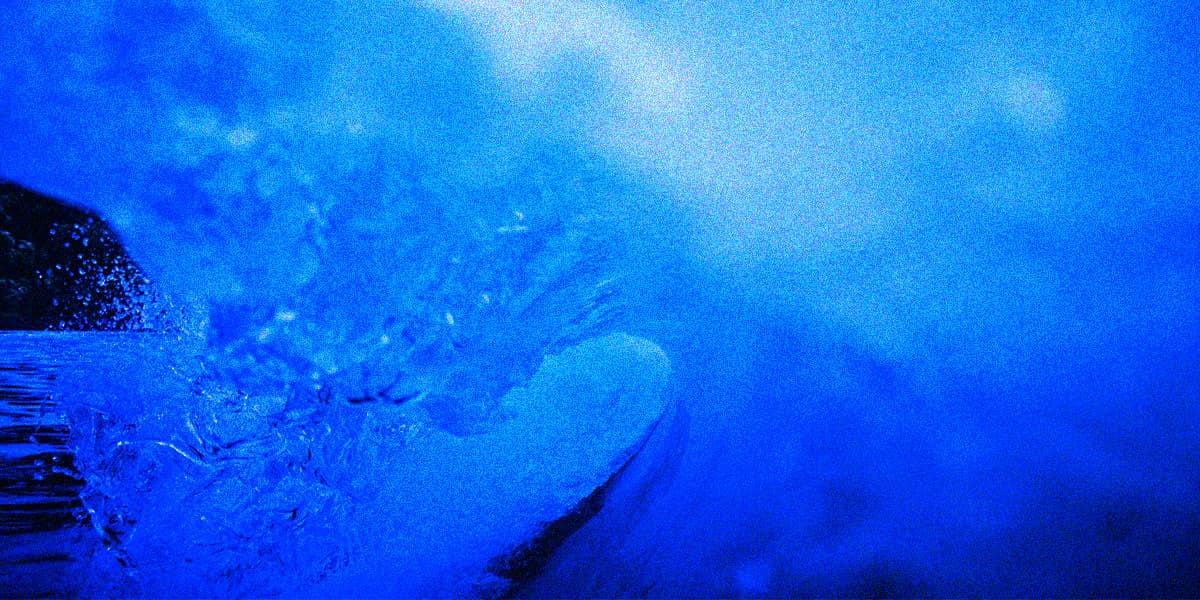 Image by Image via Piqsels

Scientists are warning that a key system that drives oceanic currents, including the Gulf Stream, is being driven to the brink of collapse in large part due to human-caused climate change, The Washington Post reports — and it could cause a wave of freezing temperatures in Europe and North America.

The "Atlantic Meridional Overturning Circulation" (AMOC) system is a vital part of the way the world's oceans function, transporting warm and much denser saltwater from the tropics to northern Europe, where it cools down and makes its long journey back along the ocean floor.

But according to a new study from the Potsdam Institute for Climate Impact Research in Germany and published in the journal Nature Climate Change today, this system is becoming increasingly more susceptible to disruptions.

The research is a warning sign that the drastic effects of climate change may soon have some new — and very serious — consequences.

Potsdam Institute researcher Niklas Boers looked at centuries of sea level and temperature data and found "significant early-warning signals" that "the AMOC may have evolved from relatively stable conditions to a point close to a critical transition," he wrote in his paper.

If AMOC were to switch off — the system is either in circulation or isn't, according to scientists — much of Europe and parts of North America could be plunged into a prolonged period of extreme cold in the worst case scenario, and raise sea levels even further along the US East Coast.

It's a worrying prospect. Instead of a steady decline, we are approaching a "critical threshold beyond which the circulation system could collapse," as Boers explained it in a press release.

The increased melting of freshwater sources is already adding to the effect, making it more difficult for cooled and less salty water to sink to the bottom of the ocean because it's more buoyant, a trend Boers "wouldn't have expected" to occur, he said in the statement.

The last time the AMOC was shut down was at the tail end of the last ice age roughly 12,000 years ago, triggered by the melting of a massive glacial lake. The extreme cold spell that hit Europe lasted for almost a millennium.

We've known that the AMOC has weakened as human activity and greenhouse gases are raising sea temperatures, and "the critical threshold is most likely much closer than we would have expected," as Boers told the Post.

The AMOC slowdown is already causing the Gulf Stream to lag behind, causing sea levels to rise along the US East Coast and fish populations to die off.

We don't know when greenhouse gases might build up enough to cause the AMOC to shut off. One 2016 study suggests that the AMOC could collapse by the year 2300 without any meaningful attempts to cut down on greenhouse emissions before then.

Reversing the trend would be impossible, according to Boers.

"It’s one of those events that should not happen, and we should try all that we can to reduce greenhouse gas emissions as quickly as possible," he told the newspaper. "This is a system we don’t want to mess with."

READ MORE: A critical ocean system may be heading for collapse due to climate change, study finds [The Washington Post]

Read This Next
Unreliable Friends
Archipelagic Nation Sick of Other Countries Breaking Climate Change Promises
The Kids Won't Be Alright
Elon Musk Warns That Humankind Will "End Up in Adult Diapers"
Circle of Life
Hooray! The Great Pacific Garbage Patch Has Become a Thriving Ecosystem, Scientists Say
Life on Earth
Astrobiologists Suggest the Earth Itself May Be an Intelligent Entity
Wake-up Call
The American West's "Megadrought" Is The Worst It's Been in 1,200 Years
More on Earth & Energy
That Sssssucks
Yesterday on the byte
Unfortunate Snake Causes Power Outage for 10,000 Homes
Fashion Week
Jul 2 on the byte
Scientists Discover Horrifying Crab That's Covered in "Hair"
Fire Bird
Jul 1 on the byte
Experts Say Birds Are Catching on Fire on Power Lines and Starting Wildfires
READ MORE STORIES ABOUT / Earth & Energy
Keep up.
Subscribe to our daily newsletter to keep in touch with the subjects shaping our future.
+Social+Newsletter
TopicsAbout UsContact Us
Copyright ©, Camden Media Inc All Rights Reserved. See our User Agreement, Privacy Policy and Data Use Policy. The material on this site may not be reproduced, distributed, transmitted, cached or otherwise used, except with prior written permission of Futurism. Fonts by Typekit and Monotype.