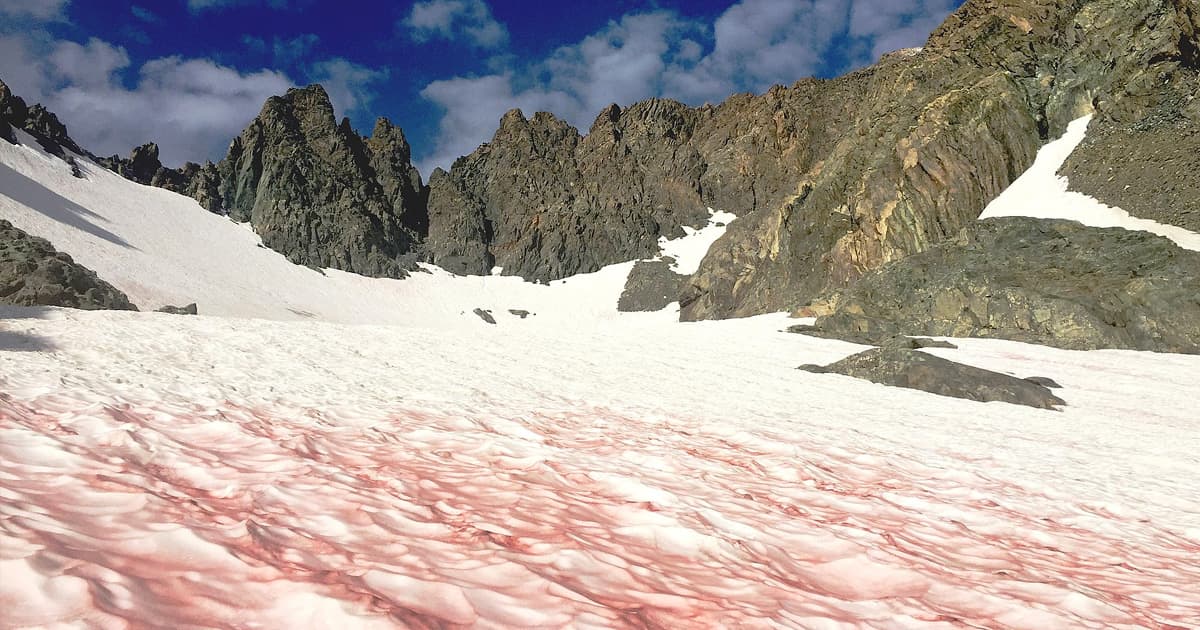 "This ecosystem is super fragile."

"This ecosystem is super fragile."

A team of European scientists has trekked up the Alps to investigate the garish pink snow caused by colorful blooming algae that mix with the fresh snowfall to create a colorful alien landscape that can be seen among the mountaintops increasingly often.

Unfortunately, the pink snow, sometimes called "blood snow" or a slightly less nauseating "strawberry snow," is potentially disastrous, because snow mixed with the bright pink algae absorbs more heat and melts away more readily, potentially speeding up the impacts of climate change. The research team decided to sequence the DNA they found in the snow, Motherboard reports, to figure out just what the increase in blooms means for the mountain ecosystem.

Ironically, the algae seem to benefit from the accelerated snowmelt in the short term because a warmer environment makes it easier for even more algae to bloom, according to Motherboard. But the longer-term consequences of that increased warming would likely prove disastrous both for the algae species in the area and the entire ecosystem that depends on them for nutrients and support.

"I've seen, in my lifetime, the disappearance of ecosystems on a scale not of 100 years, but decades," study author and director of the Cell and Plant Physiology Laboratory, Eric Maréchal, told Motherboard. "This ecosystem is super fragile."

In this case, Maréchal and his team wanted to figure out how the colorful algae behave as both a driving force and victim of climate change. In their research, which was published Monday in the journal Frontiers in Plant Science, they were able to determine which species live at which altitudes — crucial data for predicting how they'll impact the environment.

The predictions, however, are about as grim as calling the phenomenon "blood snow" ­— Maréchal predicts that the snowy mountainsides will vanish in the near future.

"This is also a fascinating time for a researcher, because you will also see the new world coming," Maréchal told Motherboard. "We don't exactly know what it will be. But we know that life will survive, so there will be new communities, new arrangements, and new organizational structures."

READ MORE: Scientists Extracted DNA From ‘Blood Snow’ in the Alps. Here’s What They Found. [Motherboard]

More on pink snow: There's Pink Snow in Europe. That Could Be Bad, Scientists Say