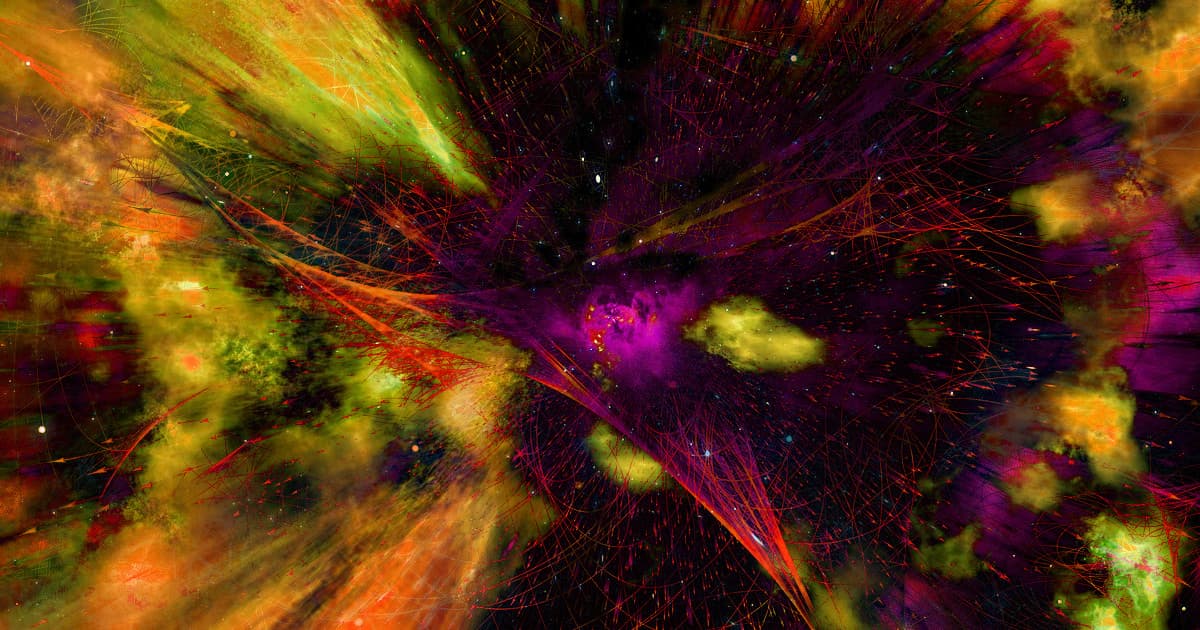 Physicist: There Were Other Universes Before the Big Bang

Before the Big Bang, when our universe began to rapidly expand, there may have been a previous universe whose place we took.

Sir Roger Penrose, a University of Oxford mathematician and physicist who just won the Nobel Prize for work in the field of black holes, suggested that our universe was not the first to exist, The Telegraph reports. And, he added, it won't be the last either.

“The Big Bang was not the beginning," Penrose said, according to the paper. "There was something before the Big Bang and that something is what we will have in our future."

In Penrose's view, a universe will continue to expand until all of its matter eventually decays. And then, in its place, a new one will begin.

"We have a universe that expands and expands, and all mass decays away, and in this crazy theory of mine, that remote future becomes the Big Bang of another aeon," he said, according to The Telegraph.

The proof of his idea are what Penrose calls Hawking Points: the corpses of black holes from before the Big Bang that outlived their own universes but are now at the end of their lifespans, leaking radiation as they fade into nothing.

"So our Big Bang began with something which was the remote future of a previous aeon and there would have been similar black holes evaporating away, via Hawking evaporation," Penrose added, "and they would produce these points in the sky, that I call Hawking Points."

READ MORE: An earlier universe existed before the Big Bang, and can still be observed today, says Nobel winner [The Telegraph]

More on Penrose: You Could Generate Power By Dangling Crap Into a Black Hole

Falling In
Objects We Thought Were Black Holes May Actually Be Wormholes, Scientists Say
11. 15. 22
Read More
Bangs and Bounces
Scientists Say Stuff Might Have Been Happening Before the Big Bang
11. 5. 22
Read More
Black Hole Snapshot
Scientists Release Image of Black Hole at Center of Our Galaxy
5. 12. 22
Read More
+Social+Newsletter
TopicsAbout UsContact Us
Copyright ©, Camden Media Inc All Rights Reserved. See our User Agreement, Privacy Policy and Data Use Policy. The material on this site may not be reproduced, distributed, transmitted, cached or otherwise used, except with prior written permission of Futurism. Articles may contain affiliate links which enable us to share in the revenue of any purchases made.
Fonts by Typekit and Monotype.